It’s no secret that investors often look for “safer” investments during periods of uncertainty. And so, as investors and analysts approach the upcoming months with a combination of trepidation and cautious optimism, many investors may start to move toward those low-risk stocks. Here’s the catch, though: That’s not always a good move.

What makes an investment “safe?” Presumably, when it’s less risky. For example, a savings account deposit — even if it only offers 0.10% monthly interest — is a very safe investment. Even if the banks did fail, each account carries FDIC insurance (up to $250,000). But stocks are a bit trickier.

Don’t put all of your eggs in one basket

There are two types of stock risk, the first of which is unsystematic risk, which refers to company- or industry-specific phenomena. For instance, an investment in a food supplier leaves the investor open to huge losses if an unexpected plague hits. Of course, investors can reduce their exposure to this risk, also known as diversifiable risk, by leaving their portfolios open to a variety of companies and industries. In the case of the plague, gains from investments in banks, manufacturing, or pharmaceuticals can offset those specific losses.

The elephant in the room

However, the second type of risk—systematic risk—is tougher to gauge. When analysts decide whether to rate a stock as “buy” or “sell,” they typically weigh some aspect of a company’s ability to generate cash for investors (dividends, cash flow, earnings, or some other mechanism) against a measure of that company’s systematic risk—that is, how much extra risk the company carries that cannot be avoided by diversification. No matter what happens, an investment in the stock market carries more risk than simply putting money in the bank—systematic risk tries to quantify just how much extra risk comes from this decision. 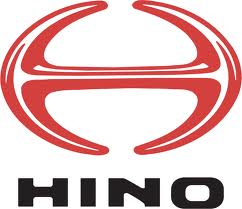 However, investors should remain cautious when approaching investment decisions from this angle. Take, for instance, one of the most popular measures for systematic risk: beta. In a stock valuation, beta is a popular mechanism for helping calculate a stock’s systematic risk. The average stock usually carries between 4% and 7% risk; a beta of 1 would mean a standard risk within that range. On the flip side, a beta of 0 means no risk, and anything above 1 means the stock carries extra risk (often, justifiable by higher growth prospects). While a helpful tool in analyzing a company’s prospects, this is a poor way to judge investment decisions.

Take a look at the three automotive companies* with the lowest beta values**:

Here is the conventional logic: If I think the stock market will soon tank, I should put my money into a company like Toyota Motor Corporation (ADR) (NYSE:TM), since for every dollar the S&P 500 loses, Toyota will only drop $.82. On the flipside, BYD Company (not among the three above) posts the highest beta among automotive companies, theoretically dropping over $2 for every $1 surrendered by the S&P.

Hino Motors, Ltd. (ADR) (OTCMKTS:HINOY is a truck company, majority-owned by Toyota Motor Corporation (ADR) (NYSE:TM) but publicly traded. Although not in a bad position, having recently reached its 200th dealer point and showing aggressive plans to continue growing, Hino does not fit the profile of a company impervious to fluctuations; it’s a growth stock. Even at its current P/E of 17.8 (higher than the S&P and industry averages), it requires a little bit of growth to justify the price. For its forward P/E of 119.7, however, the stock certainly requires a huge adjustment over its forecast earnings. Operating income recently exceeded 2008 levels for the first time, but it’s still a stretch to say that Hino will hold serve with the earnings, and Hino needs to grow them. Market going up or down, it would be no surprise to see Hino fall.