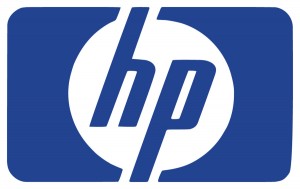 Asian markets fell overnight, led by Japan’s Nikkei index, which was down by 7.3% when markets closed. The Nikkei has risen by 54% over the last six months, and the falls seem likely to have been triggered by a combination of profit taking, concerns over Chinese growth, and growing fears that U.S. quantitative easing may be scaled back. European markets followed Asian markets lower when they opened, but the falls were not so extensive — at 7 a.m. EDT, the FTSE 100 was down 1.8%, Germany’s DAX was down 2.4%, and France’s CAC 40 was down 2.2%.

One possible trigger for today’s falls is that the preliminary reading of the HSBC China manufacturing purchasing managers’ index for May came in at 49.6, signifying an unexpected contraction. A Bloomberg News survey of analysts indicated a consensus forecast of 50.4, where readings below 50 indicate contraction. In other economic news this morning, U.K. GDP grew by 0.3% in the first quarter of 2013, but the latest Markit eurozone composite PMI came in at 47.7, which is higher than April’s reading of 46.9 but still indicates contraction.

U.S. economic reports due today include last week’s weekly jobless claims, due at 8:30 a.m. EDT. Consensus forecasts suggest that 343,000 new jobless claims were made during the period, down slightly from 360,000 the previous week. At 9 a.m. EDT, the Markit Flash PMI for May is due, along with the FHFA home price index for March. These will be followed at 10 a.m. EDT by April’s new-home sales figures, which are expected to show that 430,000 new-home sales were agreed last month, up from 417,000 in March.

Hewlett-Packard Company (NYSE:HPQ) stock could be actively traded this morning after the company’s latest quarterly results, released after the closing bell, were better than expected. Hewlett-Packard Company (NYSE:HPQ) stock is up by 12.6% in premarket trading after the company beat earnings-per-share forecasts by $0.06 despite a 10% fall in sales. Companies due to report before markets open today include Ralph Lauren Corp (NYSE:RL), GameStop Corp (NYSE:GM), and Hormel Foods Corporation (NYSE:HRL), while retailers The Gap Inc (NYSE:GPS), Ross Stores, Inc. (NASDAQ:ROST), and Sears Holdings Corp (NASDAQ:SHLD) are scheduled to report after tonight’s close.

Roland Head has no position in any stocks mentioned. The Motley Fool owns shares of GameStop.