In late March of 2013, American oil and gas producer Hess Corp. (NYSE:HES) announced that it had sold its Russian subsidiary to Lukoil for approximately $2 billion. The move was widely seen as beneficial for both parties to the transaction.

With the sale, Hess Corp. (NYSE:HES) will secure some additional capital to bolster its exploration and infrastructure-building operations elsewhere in the world. Meanwhile, Lukoil will earn a chance to reverse a worrying production downtrend in its home market. While it remains too early to make definitive pronouncements about the scope and eventual outcome of this transaction, it may provide some useful hints as to the future strategies of these two companies. It may also provide investors with an attractive avenue by which to profit from a booming global energy market. 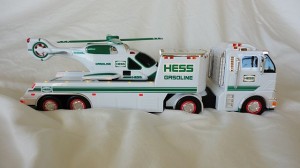 Under the terms of this deal, Lukoil will purchase Hess Corp. (NYSE:HES)’s Samara-Nafta property for approximately $2 billion. The company currently has about 85 million metric tonnes of proven oil reserves, and produces 50,000 barrels per day. Most of these reserves are in a relatively stable part of the Russian Federation near the Volga River.

Hess had maintained a 90 percent stake in Samara-Nafta. In addition to this $2 billion sale, the company has completed or intends to complete sales of several other properties in various parts of the world. It expects to receive approximately $3.5 billion from these transactions and may deploy the windfall to mop up some of its excess debt.

Lukoil touts itself as the world’s largest privately held energy production company. While this claim is based largely on proven reserves and has been contested by other large oil producers, there is no doubt that Lukoil is a major force in the global energy space. As one of the principal integrated “majors,” the company controls more than 2 percent of the world’s production and operates several thousand oil and gas wells. Its principal properties are located in Russia and other central Asian countries. Like Hess Corp. (NYSE:HES), Lukoil also operates a distribution and refining division that brings its products to market. The company sells gasoline to Russian consumers and may expand its offerings to continental Europe as well. In 2012, Lukoil earned approximately $14.1 billion on $139.2 billion gross revenues in 2012.

Lukoil and Hess must compete with some of the largest and most powerful corporations in the world. Exxon Mobil Corporation (NYSE:XOM) stands as one of the companies’ principal competitors and has recently indicated that it wishes to challenge Lukoil on its home turf. In fact, ExxonMobil recently strengthened its strategic partnership with rival Russian firm Rosneft to broaden its development and extraction activities within the Russian Federation. In addition to its extraction and reserve-management operations, Exxon Mobil Corporation (NYSE:XOM) also runs several refineries and makes a number of market-ready hydrocarbon and petrochemical products. Exxon Mobil Corporation (NYSE:XOM) employs about 77,000 people and earned $44.9 billion on $428.4 billion gross revenues in 2012.  With its billion in cash, it could make a huge investment in Russia at any time.

What May Happen Next

Hess Corp. (NYSE:HES) has also indicated that it might use some of its cash on hand to issue a special dividend or initiate a program of share buybacks. Both developments would be welcomed by the company’s shareholders and could serve to boost its share price by a significant amount.

In fact, the news that Hess had closed the Samara-Nafta deal with Lukoil sent its stock soaring by more than 2 percent. This move was likely made in anticipation of Hess’s capital-deployment plans. Investors who believe in Hess’s fundamental strength and wish to bet on the likelihood of a special dividend, dividend increase or share buyback may wish to initiate long positions in the company at these levels.