Here’s Why Netflix, Inc. (NFLX) Should Kill This Service

If I’m going to upset you — and I will — I may as well cut to the chase: Netflix, Inc. (NASDAQ:NFLX) should just get rid of its DVD business. 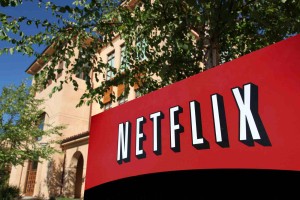 This is going to be controversial, but I have a feeling you’ll agree with me if you’re patient enough to hear me out to the end.

Netflix, Inc. (NASDAQ:NFLX) doesn’t need its DVD business, and at this point its bread-and-butter appendage is simply holding the company back from its true potential.

Stop shaking your head. Give me a chance to explain. Besides, I have one more point that will rattle you.

Netflix was right about Qwikster
Deep down inside, Netflix, Inc. (NASDAQ:NFLX) has always wanted to unload its mail-based DVD business. Qwikster is now a punch line. It’s hard to write the word “Qwikster” without following it up with “fiasco.” However, Netflix, Inc. (NASDAQ:NFLX)’s plan to separate its streaming business from its original mail-order rentals operations would’ve been the right call.

Oh, I just went from upsetting you to making you angry.

Well, let’s assess the knocks on Qwikster. Members complained that they would be inconvenienced by having to maintain two separate accounts. The promise to add video games to Qwikster would’ve made it more competitive with DISH Network Corp (NASDAQ:DISH)‘s Blockbuster and Coinstar, Inc. (NASDAQ:CSTR)‘s Redbox that offer console title rentals, but subscribers outside of diehard gamers didn’t seem to care. Folks were just starting to overcome Netflix’s decision to stop offering streaming at no additional cost to unlimited disc-based plans, and now Qwikster was asking them to separate their streams from their discs.

Well, there were roughly 15 million disc-based subscribers at the time. Killing off Qwikster didn’t stop the exodus.

Netflix has lost nearly half of its DVD subscribers over the past two years. Do you really think it would’ve lost more if it had gone through with the Qwikster move? I doubt it. If anything, a dedicated site would’ve helped build some brand equity. Now when folks hear “Netflix,” they think “streaming.” It’s certainly not “discs.”

Stream on
Since its inception, Netflix has delivered a total of 4 billion DVDs. That’s a lot of discs over the span of more than a decade. Well, it happened to serve more than 4 billion hours of streams during the first three months of this year alone.

Apple Vs Samsung: Apple – How Does Cupertino Fit Into This Growing Market...Apple Inc. (AAPL): A Look Back At The ‘Ups’ Of The Past Eight Months...
Monthly Newsletter Strategy
Download a free copy of our newsletter and see the details inside!
Hedge Fund Resource Center
Billionaire Hedge Funds