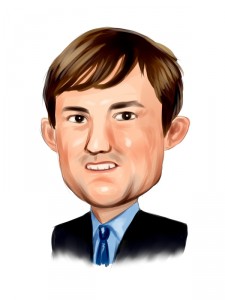 LinkedIn Corporation (NYSE:LNKD), the online professional networking platform of more than 175 million users, looks to change how unemployed workers find jobs, while improving the way enterprises fill open positions. Since the company’s 2009 IPO, LinkedIn has more than quadrupled its revenues, with a major push coming from its hiring solutions segment, which accounted for 53% of revenue in the second quarter of this year.

Instead of letting off the gas that’s driving growth, LinkedIn Corporation (NYSE:LNKD) plans to continue to expand its services internationally, while improving its core services that engage existing customers. LinkedIn can already be viewed in 17 languages, but the company looks to capitalize on its opportunities in the Asian Pacific and Brazil regions. The company also hopes to close the gap between the percentage of revenue it derives from outside of the U.S., and those it receives from American users. Currently, 36% of the network’s top line is a result of its businesses abroad.

One of LinkedIn’s biggest advantages over its competitors is in its breadth of functions that are present on the online platform. Unlike Monster Worldwide, Inc (NYSE:MWW), subscribing entities can do much more than just post job listings, as LinkedIn instantly recommends 10 professionals for any open position, in addition to sporting a simpler, easier to use search engine. Likewise, the site allows recruiters to customize their searches in nearly every way imaginable when searching for candidates.

Job-seekers, on the other hand, often use their LinkedIn accounts to get their foot in the door of a company, regardless of if there are any open positions or not. The network’s innovative “six degrees of separation” system is a self-marketing tool if used correctly, though users must be careful not abuse the ability to connect with the millions of connections that are available at their fingertips. While the larger social networking site Facebook Inc. (NASDAQ:FB) seems to motivate users to be concerned about the quantity of their friend-base, LinkedIn requires that users consider the quality of their connections.

From a valuation standpoint, shares of LinkedIn are not cheap, as they sport a forward earnings multiple of 108.8, which is much higher than Mark Zuckerberg’s company (32.2). When growth is factored into the equation, we can see that LinkedIn sports a PEG ratio of 3.3; typically any figure above 2.0 signals overvaluation. Now, the Street is expecting the company to reach earnings of 51 cents a share by the end of 2013, a vast improvement from 2011’s year-end EPS of 13 cents a share. This two-year expected EPS growth of 292.3% is quite impressive, which may push some investors into a “growth at any price” strategy.

Looking at the hedge fund industry, we can see that Chase Coleman‘s hedge fund, Tiger Global Management, is the largest holder of LinkedIn stock.  Between the first and second quarters of 2012, Tiger Global purchased 3 million shares of LinkedIn.  The stock now comprises 5.9% of its 13F portfolio and its ninth largest holding. Conversely, insiders at the online professional networking service have been selling their shares. Between September 4 and September 6 insiders sold over 150,000 shares of the company. The stock currently trade at $117.90, just shy of its 52-week high of $122.85, so profit-taking is the likely explanation behind these transactions.

As is evident by its astronomical earnings valuation, investors believe that LinkedIn has the qualities of a market-shifting company, with a sound structure in place that will enable it to sustain its high rate of growth. In comparison to Facebook, the company may in fact be the more powerful social network, as it truly is reshaping the job hiring process as a whole. Although its stock may seem too expensive right now, hedge funds like Chase Coleman’s Tiger Global believe LinkedIn can achieve future growth from the value that it creates with these services.

Google Inc. (GOOG) Not A Monopoly – At Least in Brazil