Here’s Why Biodel Inc (BIOD) Just Gained, And What It Means

A small cap biotech named Biodel Inc (NASDAQ:BIOD) based out of Connecticut just logged close to 20% gains yesterday. At first glance, there’s very little to support the move. Dig a bit deeper, however, and things become clear. The company is set to merge with a Japanese company called Albireo Limited near term, and once the merger completes, the two will trade under BIOD (at least, initially, then change it to ALBO) but Albireo’s name.

So, it’s something related to Albireo that drove the action – right? 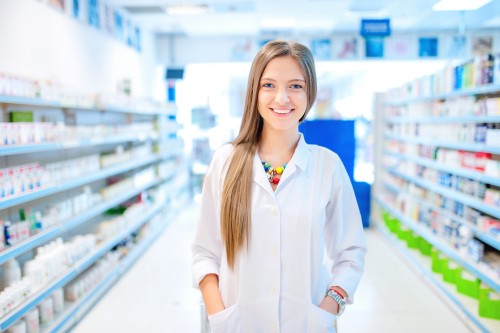 The company just announced that it had met the primary endpoint from a phase III clinical trial of its lead chronic constipation candidate, elobixibat – a trial conducted in the company’s native Japan. If the drug can pick up an FDA approval, and we’re pretty certain this is the motive behind the merger – in essence, it’s basically a reverse merger to avoid a NASDAQ IPO – then there’s a potentially large upside for the newly formed entity.

With this in mind, let’s have a look at the drug in question, and attempt to put a value on an approval.

As mentioned, the drug is called elobixibat, and it is targeting chronic constipation. It is part of a family of drugs called selective IBAT inhibitors, and it is essentially an attempt to leapfrog the current standard of care treatments in the space by reducing the side effects associated with treatment. How does it do this? Well, the majority of the current SOCs are systematic, and perform their primary function in the small intestine. In contrast, elobixibat operates locally in the colon. Its primary mechanism of action is to block reabsorption of bile acids from the small intestine into the liver, and by doing so, increase secretion and motility, countering the negative symptoms of this chronic condition.

The phase III in question was targeting a primary endpoint of a change in the number of weekly spontaneous bowel movements (SBMs), specifically, a marked increase, from baseline to the first treatment week compared with placebo.

The trial hit this endpoint with a high degree of statistical significance, while also hitting on a number of secondary endpoints – change in frequency of complete SBMs, time to first SBM, severity of constipation and stool consistency, and a few more – and maintaining a low degree of intolerability.

The only real adverse events were mild, and pretty much fell in line with expectations – a few patients with diarrhea, some abdominal pain, that sort of thing. Nothing severe, and not in more than around 13% of patients.

Well, we expect the company to wait until it closes on the merger before acting on the data with the FDA and submitting a registration application. As such, we are looking to this merger as the next major catalyst. Once that completes, which the two companies expect it will before the close of the fourth quarter, we will look for an NDA submission, and subsequent acceptance, by the agency, as a secondary revenue driver.

Beyond that, of course, it’s all about PDUFA.

So, to go back to our initial question, what are the chances of approval, and what is the size of the market on an FDA green light?

We think the chances of approval are high based on the latest data, and that the company should have no problem getting an authorization approved. Of course, this is subject to the standard levels of uncertainty at this end of the biotech space, but right now we don’t see anything that is hindering its chances. From a market perspective, the CIC space was worth a little over $I.6 billion last year, and is expected to hit $2.5 billion by 2022.

The primary risk here is capital. Neither company has too much cash on hand, and a CIC push is going to require a high degree of initial marketing capital. This points to a near-term raise, which in turn, points to some dilution at some point during early next year. If the company can execute a marketing strategy successfully, there’s no reason why this raise (and dilution) can’t be mitigated, but it has to be consideration for an early-stage investor.

Why Facebook, Netflix, and Three Other Stocks Are in Spotlight Today

Why Darden Restaurants, Kinder Morgan, and Three Other Stocks Are Trending...