Is Tenneco Inc (NYSE:TEN) undervalued? Investors who are in the know are getting more optimistic. The number of long hedge fund bets advanced by 1 in recent months. Our calculations also showed that ten isn’t among the 30 most popular stocks among hedge funds.

Heading into the second quarter of 2019, a total of 26 of the hedge funds tracked by Insider Monkey held long positions in this stock, a change of 4% from one quarter earlier. By comparison, 26 hedge funds held shares or bullish call options in TEN a year ago. With the smart money’s positions undergoing their usual ebb and flow, there exists a select group of notable hedge fund managers who were increasing their stakes significantly (or already accumulated large positions). 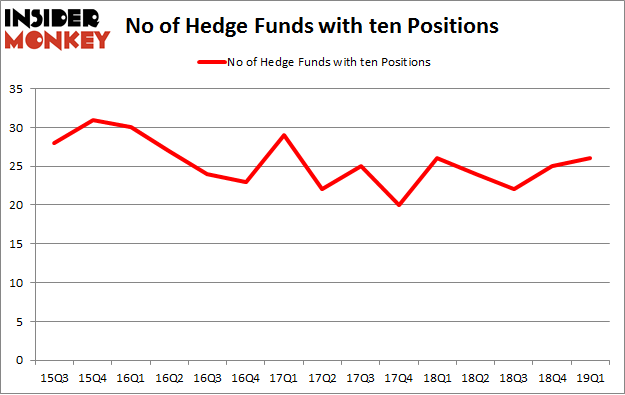 When looking at the institutional investors followed by Insider Monkey, Icahn Capital LP, managed by Carl Icahn, holds the largest position in Tenneco Inc (NYSE:TEN). Icahn Capital LP has a $125.2 million position in the stock, comprising 0.5% of its 13F portfolio. Sitting at the No. 2 spot is Ken Griffin of Citadel Investment Group, with a $16.5 million position; less than 0.1%% of its 13F portfolio is allocated to the stock. Remaining peers that hold long positions encompass Mario Gabelli’s GAMCO Investors, Ric Dillon’s Diamond Hill Capital and Matthew Hulsizer’s PEAK6 Capital Management.