The latest 13F reporting period has come and gone, and Insider Monkey is again at the forefront when it comes to making use of this gold mine of data. We have processed the filings of the more than 700 world-class investment firms that we track and now have access to the collective wisdom contained in these filings, which are based on their March 31 holdings, data that is available nowhere else. Should you consider AMC Networks Inc (NASDAQ:AMCX) for your portfolio? We’ll look to this invaluable collective wisdom for the answer.

AMC Networks Inc (NASDAQ:AMCX) investors should pay attention to an increase in hedge fund sentiment of late. Our calculations also showed that AMCX isn’t among the 30 most popular stocks among hedge funds.

What does the smart money think about AMC Networks Inc (NASDAQ:AMCX)? 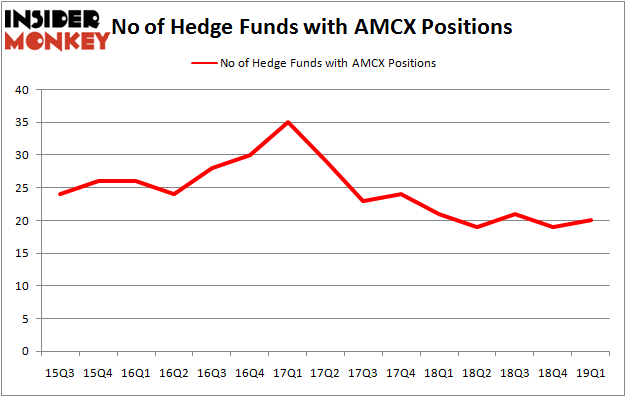 With a general bullishness amongst the heavyweights, key hedge funds have been driving this bullishness. Arrowstreet Capital, managed by Peter Rathjens, Bruce Clarke and John Campbell, established the biggest position in AMC Networks Inc (NASDAQ:AMCX). Arrowstreet Capital had $12.7 million invested in the company at the end of the quarter. Ken Griffin’s Citadel Investment Group also initiated a $2.2 million position during the quarter. The following funds were also among the new AMCX investors: Roger Ibbotson’s Zebra Capital Management, Mike Vranos’s Ellington, and Paul Marshall and Ian Wace’s Marshall Wace LLP.