Here’s What Analysts Had to Say about QUALCOMM, Inc. (QCOM), Apple Inc. (AAPL) & Other Stocks This Week

Although the sell-side can be unabashedly and mistakenly optimistic at times, many investors regard analysts as very knowledgeable market participants that can decide short term price action for many stocks.

Given those views, we have put together a list of the latest analyst commentary concerning several major tech stocks, QUALCOMM, Inc. (NASDAQ:QCOM), NXP Semiconductors NV (NASDAQ:NXPI), Amazon.com, Inc. (NASDAQ:AMZN), and Apple Inc. (NASDAQ:AAPL), and one beleaguered healthcare stock, Mylan NV (NASDAQ:MYL). We have also scoured the data from the last round of 13F filings to determine what hedge funds and other investors we track think about the five stocks. 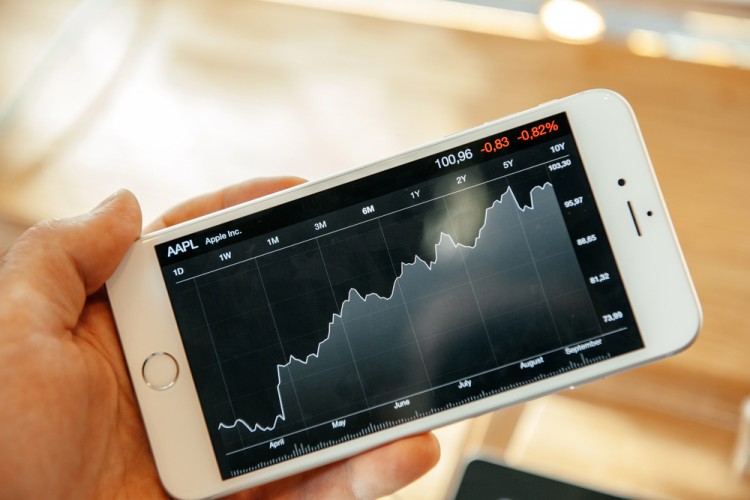 After the news broke that QUALCOMM, Inc. (NASDAQ:QCOM) was interested in buying NXP, many analysts expressed support for Qualcomm this week. Among them, Cowen analyst Timothy Arcuri hiked his price target to $74 per share from $62, estimating that a potential purchase of NXP at around $115 per share with debt, cash, and stock would be 20% accretive to Qualcomm. Rod Hall, a JPMorgan analyst, increased his price target to $70 from $63, also saying that the potential merger would help unlock value for long-term shareholders. Hall noted that Qualcomm has around $29 billion in cash overseas to facilitate the potential deal. Ken Fisher’s Fisher Asset Management inched up its stake in QUALCOMM, Inc. (NASDAQ:QCOM) by 2% in the second quarter to over 9.68 million shares at the end of June in .

Given that it is a buy-out candidate now, it isn’t a surprise that analysts were tripping over themselves to estimate how much NXP Semiconductors NV (NASDAQ:NXPI) could ultimately sell for (initial reports have said the talks are for over $30 billion, which works out to over $95 per share). As mentioned previously, Cowen analyst Timothy Arcuri believes NXP could ultimately be sold for $115 per share (or around $13 per share above current levels) and still deliver value for Qualcomm shareholders. William Stein of SunTrust is a little bit more bullish, estimating that NXP could be bought for $124 per share using recent takeover valuations in the sector. As always, analyst commentary should be taken with a grain of salt as not everything is knowable. Of the around 749 funds that we track, 57 of them were long NXP Semiconductors NV (NASDAQ:NXPI) at the end of the second quarter, up by five funds from the previous quarter.

Click next to see what analysts had to say about Amazon, Apple, and Mylan NV.

Here’s Why McCormick & Company, Vale SA, and Three Other Stocks...

Here’s Why Aurinia Pharmaceuticals, Alphabet, and Three Other Stocks...

Here’s Why These Five Stocks Are on the Move Today
Monthly Newsletter Strategy
Download a free copy of our newsletter and see the details inside!
Hedge Fund Resource Center
Related News
Here’s Why Aurinia Pharmaceuticals, Alphabet, and Three Other Stocks Are in Spotlight on Friday Why Tesla, Qualcomm, NXP, and Three Other Stocks Are Trending Today Why Costco, Wells Fargo, Petrobras, Cabelas, and More Are Making Headlines Why Investors Are Buzzing About ConAgra, Apple, eBay, and Two Other Stocks Today Why PepsiCo, Philip Morris, Fitbit, and Two Other Stocks Are Making Headlines Today Here’s Why Wells Fargo, Progress Software, Oasis, Ensco, and More Are Trending Why Chesapeake, Wal-Mart Stores, Amazon, UPS, and FedEx Are in Spotlight Today 6 Easiest Countries to Work as a Doctor 20 Countries Where Pokémon Go Is Available 11 Hottest Toys of 2016
Billionaire Hedge Funds