Wells Fargo & Co (NYSE:WFC) has seen a decrease in activity from the world’s largest hedge funds in recent months. 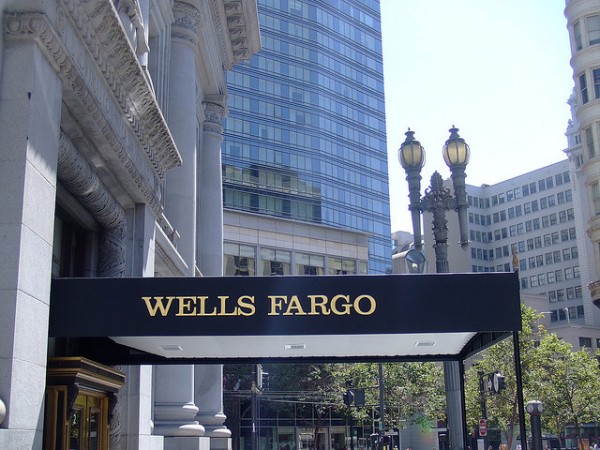 In the 21st century investor’s toolkit, there are dozens of gauges shareholders can use to analyze stocks. A pair of the most innovative are hedge fund and insider trading movement. At Insider Monkey, our studies have shown that, historically, those who follow the best picks of the top investment managers can outpace their index-focused peers by a solid amount (see just how much).

Equally as key, optimistic insider trading activity is another way to parse down the marketplace. Obviously, there are a number of motivations for an executive to cut shares of his or her company, but only one, very obvious reason why they would behave bullishly. Plenty of academic studies have demonstrated the useful potential of this method if investors know where to look (learn more here).

Keeping this in mind, it’s important to take a glance at the key action regarding Wells Fargo & Co (NYSE:WFC).

What does the smart money think about Wells Fargo & Co (NYSE:WFC)?

In preparation for this year, a total of 80 of the hedge funds we track were bullish in this stock, a change of -11% from the previous quarter. With hedgies’ sentiment swirling, there exists an “upper tier” of noteworthy hedge fund managers who were upping their stakes substantially.

When looking at the hedgies we track, Berkshire Hathaway, managed by Warren Buffett, holds the largest position in Wells Fargo & Co (NYSE:WFC). Berkshire Hathaway has a $15.034 billion position in the stock, comprising 20% of its 13F portfolio. The second largest stake is held by Fisher Asset Management, managed by Ken Fisher, which held a $633 million position; 4% of its 13F portfolio is allocated to the stock. Remaining peers that hold long positions include Paul Ruddockáand Steve Heinz’s Lansdowne Partners, Tom Russo’s Gardner Russo & Gardner and D. E. Shaw’s D E Shaw.

Judging by the fact that Wells Fargo & Co (NYSE:WFC) has faced bearish sentiment from hedge fund managers, it’s easy to see that there is a sect of fund managers who sold off their entire stakes last quarter. Interestingly, Ken Griffin’s Citadel Investment Group said goodbye to the biggest position of the “upper crust” of funds we watch, valued at close to $179 million in stock.. John Armitage’s fund, Egerton Capital Limited, also dropped its stock, about $104 million worth. These bearish behaviors are intriguing to say the least, as total hedge fund interest was cut by 10 funds last quarter.

Insider buying is most useful when the company we’re looking at has seen transactions within the past half-year. Over the last 180-day time period, Wells Fargo & Co (NYSE:WFC) has seen 1 unique insiders purchasing, and 3 insider sales (see the details of insider trades here).

With the results demonstrated by Insider Monkey’s strategies, everyday investors must always pay attention to hedge fund and insider trading sentiment, and Wells Fargo & Co (NYSE:WFC) is no exception.