Here is What Hedge Funds Think About Unisys Corporation (NYSE:UIS)

In today’s marketplace, there are plenty of indicators market participants can use to monitor Mr. Market. A couple of the most underrated are hedge fund and insider trading movement. At Insider Monkey, our studies have shown that, historically, those who follow the best picks of the top fund managers can trounce their index-focused peers by a superb amount (see just how much). 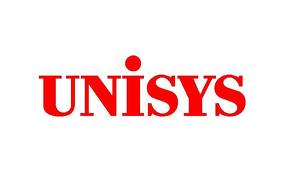 Just as key, optimistic insider trading sentiment is another way to parse down the investments you’re interested in. Obviously, there are plenty of incentives for a corporate insider to drop shares of his or her company, but just one, very obvious reason why they would behave bullishly. Many empirical studies have demonstrated the impressive potential of this tactic if shareholders know where to look (learn more here).

With these “truths” under our belt, it’s important to take a gander at the recent action regarding Unisys Corporation (NYSE:UIS).

What does the smart money think about Unisys Corporation (NYSE:UIS)?

In preparation for this year, a total of 17 of the hedge funds we track were long in this stock, a change of -11% from one quarter earlier. With hedgies’ sentiment swirling, there exists a few key hedge fund managers who were boosting their holdings significantly.

According to our comprehensive database, SAC Capital Advisors, managed by Steven Cohen, holds the largest position in Unisys Corporation (NYSE:UIS). SAC Capital Advisors has a $18 million position in the stock, comprising 0.1% of its 13F portfolio. Sitting at the No. 2 spot is James H. Litinsk of JHL Capital Group, with a $15 million position; the fund has 2.2% of its 13F portfolio invested in the stock. Some other peers that hold long positions include Chuck Royce’s Royce & Associates, Cliff Asness’s AQR Capital Management and Israel Englander’s Millennium Management.

Since Unisys Corporation (NYSE:UIS) has experienced falling interest from hedge fund managers, it’s safe to say that there lies a certain “tier” of money managers who sold off their entire stakes heading into 2013. At the top of the heap, Robert Millard’s Realm Partners sold off the largest investment of all the hedgies we key on, valued at an estimated $2 million in stock., and Peter Algert and Kevin Coldiron of Algert Coldiron Investors was right behind this move, as the fund dropped about $2 million worth. These transactions are interesting, as total hedge fund interest fell by 2 funds heading into 2013.

How have insiders been trading Unisys Corporation (NYSE:UIS)?

Insider buying is particularly usable when the company in question has experienced transactions within the past six months. Over the latest 180-day time period, Unisys Corporation (NYSE:UIS) has seen zero unique insiders buying, and zero insider sales (see the details of insider trades here).

With the returns demonstrated by the aforementioned tactics, retail investors must always keep an eye on hedge fund and insider trading sentiment, and Unisys Corporation (NYSE:UIS) is an important part of this process.