Before we spend many hours researching a company, we’d like to analyze what hedge funds and billionaire investors think of the stock first. We would like to do so because the elite investors’ consensus returns have been exceptional. The top 30 S&P 500 stocks among hedge funds at the end of September 2014 yielded an average return of 9.5% during the last 12 months ending in October 30. Sixty three percent of these 30 stocks outperformed the market. Although the elite funds occasionally have their duds, such as Micron and Anadarko Petroleum, which fell 50% and 26%, respectively during the same time period, the hedge fund picks seem to work on average. In the following paragraphs, we find out what the billionaire investors and hedge funds think of Plains GP Holdings LP (NYSE:PAGP). 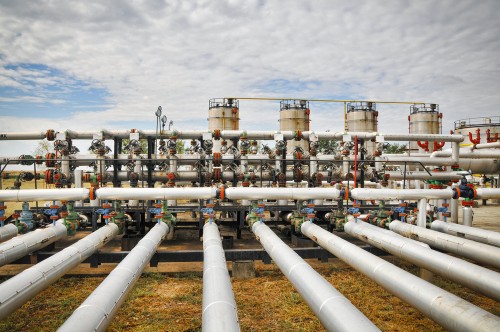 Is Plains GP Holdings LP (NYSE:PAGP) a great stock to buy now? The smart money is getting more bullish. The number of long hedge fund positions moved up by 4 in recent months.

Today there are several tools investors can use to grade stocks. Some of the most under-the-radar tools are hedge fund and insider trading signals. Experts at Insider Monkey, a website specializing in hedge funds, have shown that, historically, those who follow the best picks of the best hedge fund managers can outclass the market by a significant amount (see the details here).

At the end of the third quarter, a total of 27 of the hedge funds tracked by Insider Monkey were bullish in this stock, a change of 17% from the previous quarter. With hedge funds’ sentiment swirling, there exists a few key hedge fund managers who were boosting their holdings meaningfully.

When looking at the hedgies followed by Insider Monkey, Soroban Capital Partners, managed by Eric W. Mandelblatt, holds the number one position in Plains GP Holdings LP (NYSE:PAGP). Soroban Capital Partners has a $194.3 million position in the stock, comprising 1.4% of its 13F portfolio. Coming in second is OZ Management, led by Daniel S. Och, holding a $161.9 million position; 0.6% of its 13F portfolio is allocated to the company. Remaining members of the smart money that are bullish encompass Stuart J. Zimmer’s Zimmer Partners, Ken Griffin’s Citadel Investment Group and Alec Litowitz and Ross Laser’s Magnetar Capital.

As industrywide interest jumped, key hedge funds have been driving this bullishness. Balyasny Asset Management, managed by Dmitry Balyasny, created the most outsized position in Plains GP Holdings LP (NYSE:PAGP). Balyasny Asset Management had 13.8 million invested in the company at the end of the quarter. George Soros’s Soros Fund Management also initiated a $10.8 million position during the quarter. The other funds with new positions in the stock are Michael Price’s MFP Investors, Chao Ku’s Nine Chapters Capital Management, and Simon Sadler’s Segantii Capital.

As you can see these stocks had an average of 20 hedge funds with bullish positions and the average amount invested in these stocks were $508 million.

Is PAGP A Good Stock To Buy?NYSE:PAGPYahoo Finance