Is IAMGOLD Corp (USA) (NYSE:IAG) ready to rally soon? The smart money is in a bullish mood. The number of bullish hedge fund bets that are revealed through the 13F filings went up by 7 lately. IAGwas in 17 hedge funds’ portfolios at the end of the third quarter of 2016. There were 10 hedge funds in our database with IAG holdings at the end of the previous quarter. The level and the change in hedge fund popularity aren’t the only variables you need to analyze to decipher hedge funds’ perspectives. A stock may witness a boost in popularity but it may still be less popular than similarly priced stocks. That’s why at the end of this article we will examine companies such as Trustmark Corp (NASDAQ:TRMK), Intra-Cellular Therapies Inc (NASDAQ:ITCI), and California Water Service Group (NYSE:CWT) to gather more data points. 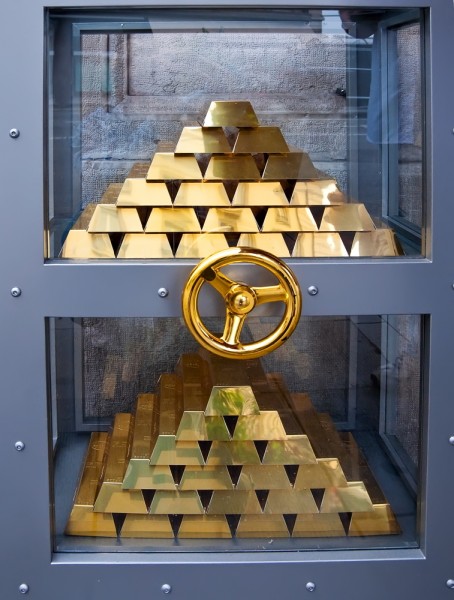 Keeping this in mind, we’re going to take a glance at the latest action regarding IAMGOLD Corp (USA) (NYSE:IAG).

What does the smart money think about IAMGOLD Corp (USA) (NYSE:IAG)? 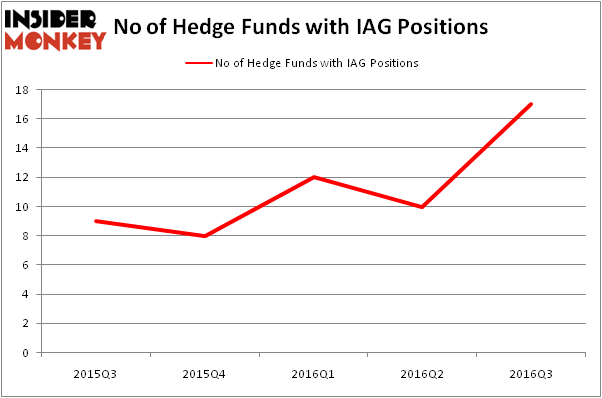 When looking at the institutional investors followed by Insider Monkey, Jim Simons’ Renaissance Technologies holds the biggest position in IAMGOLD Corp (USA) (NYSE:IAG). According to regulatory filings, the fund has a $61.7 million position in the stock, comprising 0.1% of its 13F portfolio. Coming in second is Arrowstreet Capital, led by Peter Rathjens, Bruce Clarke and John Campbell, which holds a $44.3 million position; 0.1% of its 13F portfolio is allocated to the stock. Other members of the smart money that hold long positions comprise John Paulson’s Paulson & Co, Israel Englander’s Millennium Management and Eric Sprott’s Sprott Asset Management. We should note that Sprott Asset Management is among our list of the 100 best performing hedge funds which is based on the performance of their 13F long positions in non-microcap stocks.

As you can see these stocks had an average of 15 hedge funds with bullish positions and the average amount invested in these stocks was $84 million. That figure was $155 million in IAG’s case. Time Inc (NYSE:TIME) is the most popular stock in this table. On the other hand Trustmark Corp (NASDAQ:TRMK) is the least popular one with only 7 bullish hedge fund positions. IAMGOLD Corp (USA) (NYSE:IAG) is not the most popular stock in this group but hedge fund interest is still above average. This is a slightly positive signal but we’d rather spend our time researching stocks that hedge funds are piling on. In this regard TIME might be a better candidate to consider taking a long position in.

How Big Lots, Inc. (BIG) Stacks Up To Its PeersShould You Buy BJ’s Restaurants, Inc. (BJRI)?
Monthly Newsletter Strategy
Download a free copy of our newsletter and see the details inside!
Hedge Fund Resource Center
Related News
Gold Stocks Are on the Rise Following Brexit Vote Why These Five Stocks Are Growing On Monday Are Hedge Funds Right To Be Bearish On IAMGOLD Corporation (USA) (IAG)? John Horseman Is Betting Big On Financial Stocks And Gold Mining Companies 4 Stocks With Dividend Yields Over 5% Ben Graham Would Love Here is What Hedge Funds Think About Harmony Gold Mining Co. (ADR) (HMY) Is AuRico Gold Inc (USA) (AUQ) Going to Burn These Hedge Funds? 5 Countries That Have the Most Drones 6 Best Smartphones with Optical Zoom 10 Highest Rated Backpacking Tents
Billionaire Hedge Funds