Is E TRADE Financial Corporation (NASDAQ:ETFC) the right investment to pursue these days? The best stock pickers are selling. The number of long hedge fund positions went down by 2 in recent months. 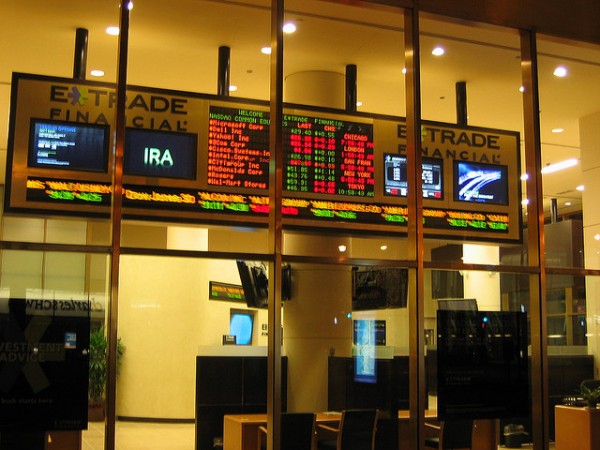 In today’s marketplace, there are many methods market participants can use to track publicly traded companies. Some of the most under-the-radar are hedge fund and insider trading activity. At Insider Monkey, our studies have shown that, historically, those who follow the best picks of the best investment managers can trounce the market by a healthy margin (see just how much).

Just as key, bullish insider trading sentiment is a second way to break down the world of equities. Obviously, there are a variety of incentives for an insider to drop shares of his or her company, but only one, very clear reason why they would buy. Many empirical studies have demonstrated the impressive potential of this tactic if “monkeys” understand where to look (learn more here).

At the end of the fourth quarter, a total of 30 of the hedge funds we track were bullish in this stock, a change of -6% from the previous quarter. With hedge funds’ sentiment swirling, there exists an “upper tier” of key hedge fund managers who were upping their stakes substantially.

Since E TRADE Financial Corporation (NASDAQ:ETFC) has witnessed falling interest from the smart money, we can see that there lies a certain “tier” of money managers that decided to sell off their full holdings at the end of the year. Interestingly, Dinakar Singh’s TPG-AXON Management LP cut the largest position of all the hedgies we track, comprising an estimated $54 million in stock., and Michael Karsch of Karsch Capital Management was right behind this move, as the fund sold off about $13 million worth. These transactions are intriguing to say the least, as total hedge fund interest was cut by 2 funds at the end of the year.

What do corporate executives and insiders think about E TRADE Financial Corporation (NASDAQ:ETFC)?

Bullish insider trading is best served when the company we’re looking at has experienced transactions within the past half-year. Over the latest six-month time frame, E TRADE Financial Corporation (NASDAQ:ETFC) has seen zero unique insiders buying, and 1 insider sales (see the details of insider trades here).

With the returns exhibited by the aforementioned tactics, everyday investors must always watch hedge fund and insider trading sentiment, and E TRADE Financial Corporation (NASDAQ:ETFC) shareholders fit into this picture quite nicely.