Is ATMI Inc (NASDAQ:ATMI) a buy right now? Prominent investors are in an optimistic mood. The number of bullish hedge fund bets moved up by 2 recently.

According to most shareholders, hedge funds are perceived as underperforming, outdated investment tools of years past. While there are more than 8000 funds with their doors open at the moment, we look at the bigwigs of this group, around 450 funds. It is widely believed that this group controls most of the smart money’s total capital, and by keeping an eye on their highest performing investments, we have deciphered a number of investment strategies that have historically beaten Mr. Market. Our small-cap hedge fund strategy outpaced the S&P 500 index by 18 percentage points annually for a decade in our back tests, and since we’ve started sharing our picks with our subscribers at the end of August 2012, we have beaten the S&P 500 index by 24 percentage points in 7 months (check out a sample of our picks).

Equally as beneficial, optimistic insider trading activity is a second way to parse down the world of equities. Just as you’d expect, there are plenty of reasons for an executive to cut shares of his or her company, but only one, very clear reason why they would buy. Plenty of empirical studies have demonstrated the market-beating potential of this tactic if investors understand what to do (learn more here).

Consequently, it’s important to take a peek at the recent action regarding ATMI Inc (NASDAQ:ATMI).

What have hedge funds been doing with ATMI Inc (NASDAQ:ATMI)?

At year’s end, a total of 7 of the hedge funds we track were long in this stock, a change of 40% from the previous quarter. With the smart money’s capital changing hands, there exists a few noteworthy hedge fund managers who were increasing their stakes substantially.

Of the funds we track, Royce & Associates, managed by Chuck Royce, holds the largest position in ATMI Inc (NASDAQ:ATMI). Royce & Associates has a $72.7 million position in the stock, comprising 0.2% of its 13F portfolio. The second largest stake is held by AQR Capital Management, managed by Cliff Asness, which held a $1.1 million position; the fund has less than 0.1%% of its 13F portfolio invested in the stock. Remaining hedge funds that are bullish include Ken Griffin’s Citadel Investment Group, John Overdeck and David Siegel’s Two Sigma Advisors and Israel Englander’s Millennium Management.

Insider trading activity, especially when it’s bullish, is particularly usable when the primary stock in question has seen transactions within the past half-year. Over the latest half-year time period, ATMI Inc (NASDAQ:ATMI) has seen zero unique insiders purchasing, and 12 insider sales (see the details of insider trades here). 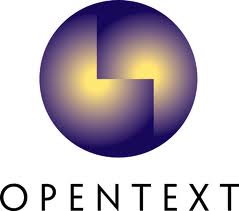 Open Text Corporation (USA) (OTEX): Insiders Are Dumping, Should You? 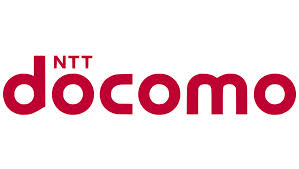 NTT Docomo Inc (ADR) (NYSE:DCM): What Should You Do With The Stock?

Here is What Hedge Funds Think About Anaren, Inc. (ANEN)