Here is What Hedge Funds Think About ArcelorMittal (ADR) (MT)

ArcelorMittal (ADR) (NYSE:MT) was in 7 hedge funds’ portfolio at the end of December. MT investors should be aware of an increase in hedge fund sentiment of late. There were 6 hedge funds in our database with MT positions at the end of the previous quarter.

In today’s marketplace, there are tons of gauges shareholders can use to analyze Mr. Market. A duo of the most useful are hedge fund and insider trading activity. At Insider Monkey, our research analyses have shown that, historically, those who follow the best picks of the top fund managers can trounce the market by a very impressive margin (see just how much).

Just as beneficial, bullish insider trading sentiment is another way to break down the stock market universe. Just as you’d expect, there are plenty of stimuli for an executive to sell shares of his or her company, but only one, very simple reason why they would buy. Plenty of academic studies have demonstrated the useful potential of this strategy if piggybackers know where to look (learn more here).

With these “truths” under our belt, it’s important to take a glance at the recent action regarding ArcelorMittal (ADR) (NYSE:MT).

At the end of the fourth quarter, a total of 7 of the hedge funds we track were long in this stock, a change of 17% from the third quarter. With hedgies’ positions undergoing their usual ebb and flow, there exists a select group of notable hedge fund managers who were boosting their holdings meaningfully.

According to our comprehensive database, John Burbank’s Passport Capital had the most valuable position in ArcelorMittal (ADR) (NYSE:MT), worth close to $23.1 million, comprising 0.9% of its total 13F portfolio. Sitting at the No. 2 spot is Ken Griffin of Citadel Investment Group, with a $9.2 million call position; the fund has less than 0.1%% of its 13F portfolio invested in the stock. Some other peers that hold long positions include D. E. Shaw’s D E Shaw, and Israel Englander’s Millennium Management.

As aggregate interest increased, key money managers were breaking ground themselves. Passport Capital, managed by John Burbank, initiated the most valuable position in ArcelorMittal (ADR) (NYSE:MT). Passport Capital had 23.1 million invested in the company at the end of the quarter. Guru Ramakrishnan’s Meru Capital also made a $1.7 million investment in the stock during the quarter. The following funds were also among the new MT investors: Jason Adler’s AlphaBet Management and Steven Cohen’s SAC Capital Advisors.

What have insiders been doing with ArcelorMittal (ADR) (NYSE:MT)?

Insider buying is particularly usable when the primary stock in question has seen transactions within the past half-year. Over the latest 180-day time frame, ArcelorMittal (ADR) (NYSE:MT) has seen zero unique insiders purchasing, and zero insider sales (see the details of insider trades here). 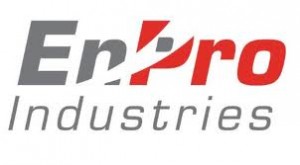 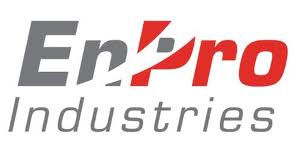