In the financial world, there are many indicators shareholders can use to watch their holdings. A couple of the most useful are hedge fund and insider trading activity. At Insider Monkey, our research analyses have shown that, historically, those who follow the top picks of the best investment managers can outclass the market by a significant amount (see just how much).

Just as integral, optimistic insider trading sentiment is another way to parse down the financial markets. As the old adage goes: there are plenty of incentives for an insider to downsize shares of his or her company, but just one, very clear reason why they would initiate a purchase. Plenty of academic studies have demonstrated the valuable potential of this method if “monkeys” understand what to do (learn more here).

Consequently, it’s important to take a peek at the latest action regarding AGL Resources Inc. (NYSE:GAS).

What does the smart money think about AGL Resources Inc. (NYSE:GAS)?

At the end of the first quarter, a total of 12 of the hedge funds we track were bullish in this stock, a change of 9% from the first quarter. With the smart money’s sentiment swirling, there exists an “upper tier” of notable hedge fund managers who were upping their holdings substantially.

When looking at the hedgies we track, Phill Gross and Robert Atchinson’s Adage Capital Management had the biggest position in AGL Resources Inc. (NYSE:GAS), worth close to $70.3 million, accounting for 0.2% of its total 13F portfolio. The second largest stake is held by Chuck Royce of Royce & Associates, with a $13.1 million position; less than 0.1%% of its 13F portfolio is allocated to the company. Remaining peers with similar optimism include David Harding’s Winton Capital Management, D. E. Shaw’s D E Shaw and Ken Griffin’s Citadel Investment Group.

With a general bullishness amongst the heavyweights, some big names were breaking ground themselves. SAC Capital Advisors, managed by Steven Cohen, established the largest position in AGL Resources Inc. (NYSE:GAS). SAC Capital Advisors had 0.6 million invested in the company at the end of the quarter. David Costen Haley’s HBK Investments also initiated a $0.3 million position during the quarter. The only other fund with a brand new GAS position is Glenn Russell Dubin’s Highbridge Capital Management.

What have insiders been doing with AGL Resources Inc. (NYSE:GAS)?

Insider purchases made by high-level executives is at its handiest when the primary stock in question has experienced transactions within the past 180 days. Over the latest half-year time frame, AGL Resources Inc. (NYSE:GAS) has seen zero unique insiders buying, and 4 insider sales (see the details of insider trades here). 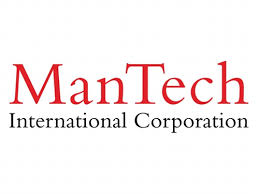