Greenhaven Road Capital recently published its Q1 2019 Investor Letter (click here if you wish to track it down). In it, the fund reported being up 16% for the quarter, and also it shared its views on several stocks in its equity portfolio. Among those stocks was SharpSpring, Inc. (NASDAQ:SHSP) in which the fund raised its stake during the first quarter of 2019.

“SharpSpring(SHSP): This SAAS business sells marketing automation tools, acquiring customers at a fraction of their expected long-term value (LTV/CAC > 6) with a flagship product that is growing well in excess of 40% per year and maintains a long runway for growth. We added to our holdings in the first quarter by participating in their secondary offering. The company is adequately capitalized to invest in both customer retention and new products to sell into their existing base of digital advertising agencies.”

The largest stake in SharpSpring, Inc. (NASDAQ:SHSP) was held by Cat Rock Capital, which reported holding $16.5 million worth of stock at the end of September. It was followed by North Peak Capital with a $10.2 million position. Other investors bullish on the company included Manatuck Hill Partners, Royce & Associates, and Driehaus Capital. 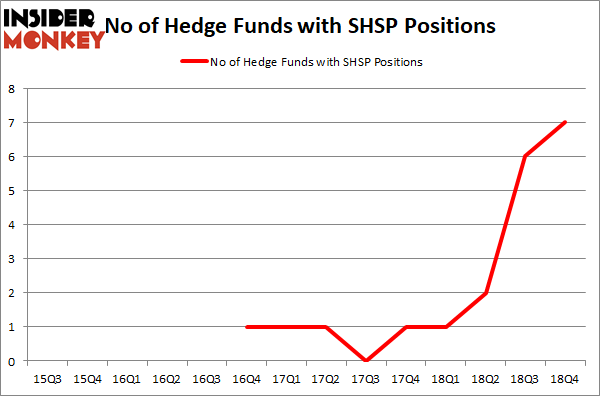