Artko Capital recently released its Q1 2019 Investor Letter, which you can track down here. In it, the fund reported its quarterly return of 10.3% and also shared its views on some companies in its portfolio. Among the stocks discussed was Recro Pharma, Inc. (NASDAQ:REPH), for which the fund wrote the following:

Recro Pharma (REPH)-We added an initial 2% position late in the 1st quarter to the $180mm pharmaceutical manufacturing company masquerading as a pharmaceutical drug development company. We generally have an aversion to investments in fields that are commodity based or where we lack a knowledge-based competitive advantage such as tech or pharmaceuticals. In particular,this case was an interesting event-based situation where Recro’s very valuable Contract Development and Manufacturing Organization asset (CDMO) was overshadowed by its costly investment in the intravenous meloxicam (IVM) pain management drug.

We have no strong opinion on the value of the drug,which has gone back and forth with the FDA on the agency’s desired results but were more excited when its second attempt at approval was rejected leading management to essentially suspend most of its cash draining R&D operations and to focus on its very valuable CDMO asset. Our view was that if the drug was approved at our $8 entry price, we would do well on the price adjustment, but were secretly hoping that it would not so we would have the opportunity to buy more at much lower prices just the CDMO asset. This is essentially what has transpired in recent weeks, and we started to add significantly more portfolio weight to this position at lower price levels as we believe both the incentivized management and board are looking for a lucrative exit. In the wake of the drug’s rejection the company has begun to lay off the rest of the IVM R&D staff, added a reputable activist investor to its board,and expanded its board seats signaling its shareholder friendly intentions and desire to realize significant value from its CDMO asset where it also meaningfully raised its 2019 guidance and expects to be cash flow positive by 2H19.

The CDMO asset has many of the characteristics we look for an investment: very sticky (95% renewal rate)customer base with long-term contracts; a strong moat where it can take up to two years for a pharmaceutical company to complete its due diligence on a potential replacement; complex intellectual property for manufacturing oral release drugs;and a hard to obtain Drug Enforcement Agency (DEA) license to manufacture controlled substances. As a result, the CDMO has almost 40% operating margins, industry growth tailwinds and a secular shift toward outsourcing drug manufacturing. While the company has some net debt and expected to burn more cash in the first half of2019 as it winds down its IVM venture, the future looks bright as the sub-$200mmenterprise value company expects its CDMO asset to generate up to $40mm in EBITDA this year,placing its run rate 2019 multiple around 5.0x. At the same time, in the last two years the multiples for transactions for similar assets are 16.0 to 17.0timessignaling significant upside even if the company is able to get a low double digit multiple on its asset in a sale scenario,though we would be just as fine with holding it for continued organic growth. Additionally, it’s likely the IVM drug has some value to other pharmaceutical companies with more FDA experience and larger capital bases to develop it, though we are not ascribing a value to this option in our thesis.

As a final point, to circle back to our original discussion of Valeant Pharmaceuticals, this situation -while not precise-is very similar to our original thesis in that stock in 2008: a mismanaged drug trial where the drug had more value to other industry participants, solid cash flowing operations masked by a bloated SG&A/R&D base;and an involvement with a reputable activist investor, Value Act, that was willing to monetize the assets and change the strategy to one with a clear path to value creation where one doesn’t need to have a PhD in biology to recognize. 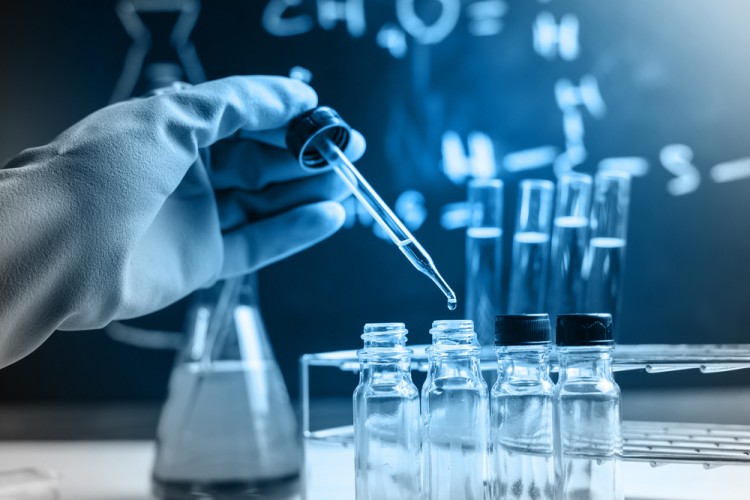 Recro Pharma is a clinical-stage specialty pharmaceutical company with a market cap of $185.38 billion. It mainly develops products for ambulatory care settings and hospitals. Year-to-date, the company’s stock gained 13.77%, and on April 25th it had a closing price of $8.43.

The largest stake in Recro Pharma Inc (NASDAQ:REPH) was held by Broadfin Capital, which reported holding $14.5 million worth of stock at the end of September. It was followed by Newtyn Management with a $11.4 million position. Other investors bullish on the company included Alyeska Investment Group, Engine Capital, and Renaissance Technologies. 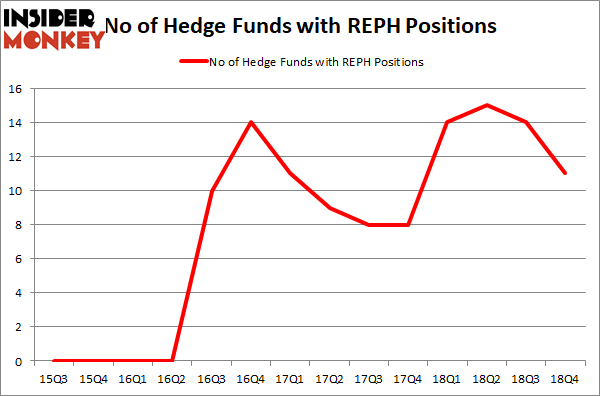