I like buying into businesses with variable cost structures. These kinds of companies have somewhat of a protected downside; when things go south, costs can be removed such that the firm may remain profitable, subject to a period of adjustment. Executive search firm Heidrick & Struggles International, Inc. (NASDAQ:HSII), which saw its shares fall 20% on Tuesday, appears to have such a model.

Heidrick trades for under $250 million despite a net cash position of almost $120 million and cash flow from operations of over $100 million over the last four years. As you might expect, demand for its services (recruitment of C-level personnel) rises and falls sharply with the business cycle, which can cause heavy volatility in the stock price. 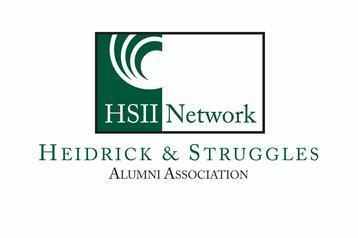 This is exactly the kind of situation in which a value investor might be interested: a volatile stock for a company whose downside is protected in the form of a flexible cost structure. The flexible cost structure is the result of fact that most of the expenses in this firm are made up of consultant labour costs. If your revenue no longer justifies carrying these consultants, they can be let go. Such is not the case when your labour costs come in the form of unions or pensions, for example, or when a large part of your costs are otherwise fixed (e.g. in the case of leases or plant machinery).

But while Heidrick & Struggles International, Inc. (NASDAQ:HSII) may seem like an ideal stock in theory, in practice it’s not exactly working out that way. The company has seen its per-share book value (adjusted for dividends) grow by just 3.8% per year over the last 10 years.

My theory for this disconnect is that the firm is run for the benefit of its employees, rather than its shareholders. The value created due to the beneficial characteristics of this industry appears to accrue to management/consultants.

The evidence is overwhelming. The company has managed to lose money in five of the last 11 years, despite the fact that annual revenue per consultant is over $1 million. This suggests that shareholders bear the brunt of the volatile nature of this business. The share count was flat over this period, despite some heavy buybacks, as employees have benefited handsomely from options and restricted shares.

Finally, despite the poor returns on book value, the company is a serial acquirer of other businesses. Just last quarter, the company dropped six times EBITDA to buy another consulting firm, spending almost one quarter of its current market cap on the transaction!

While Heidrick & Struggles International, Inc. (NASDAQ:HSII) is undoubtedly cheap, it may not be cheap enough for a value investor to put up with such shareholder-unfriendly actions. Neither competitors Korn/Ferry International (NYSE:KFY) nor Insperity Inc (NYSE:NSP) seem to suffer from the same problems. They both show strong returns on capital and healthy margins, suggesting that shareholders are allowed to share in the bounty. Unfortunately, one currently has to pay a premium for these superior companies.

The article Heidrick Really Struggles originally appeared on Fool.com and is written by Sajid Karsan.