At the end of February we announced the arrival of the first US recession since 2009 and we predicted that the market will decline by at least 20% in (Recession is Imminent: We Need A Travel Ban NOW). In these volatile markets we scrutinize hedge fund filings to get a reading on which direction each stock might be going. In this article, we will take a closer look at hedge fund sentiment towards Armada Hoffler Properties Inc (NYSE:AHH).

Is Armada Hoffler Properties Inc (NYSE:AHH) the right investment to pursue these days? The best stock pickers are turning bullish. The number of bullish hedge fund positions advanced by 3 in recent months. Our calculations also showed that AHH isn’t among the 30 most popular stocks among hedge funds (click for Q1 rankings and see the video for a quick look at the top 5 stocks). 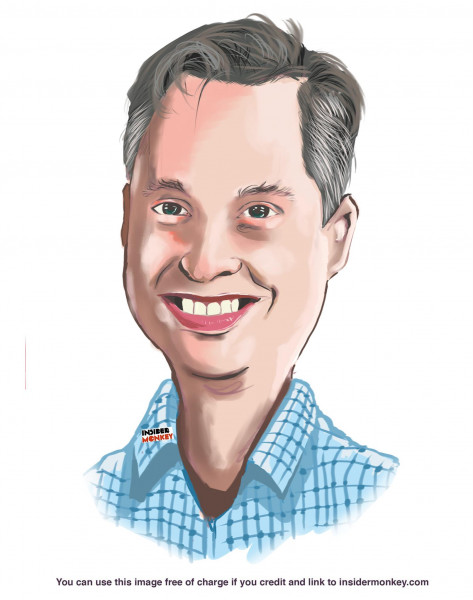 At Insider Monkey we leave no stone unturned when looking for the next great investment idea. For example, We take a look at lists like the 10 most profitable companies in the world to identify the compounders that are likely to deliver double digit returns. We interview hedge fund managers and ask them about their best ideas. We read hedge fund investor letters and listen to stock pitches at hedge fund conferences. For example we are checking out stocks recommended/scorned by legendary Bill Miller. Our best call in 2020 was shorting the market when the S&P 500 was trading at 3150 in February after realizing the coronavirus pandemic’s significance before most investors. With all of this in mind let’s take a glance at the key hedge fund action encompassing Armada Hoffler Properties Inc (NYSE:AHH).

At the end of the first quarter, a total of 9 of the hedge funds tracked by Insider Monkey were bullish on this stock, a change of 50% from the previous quarter. The graph below displays the number of hedge funds with bullish position in AHH over the last 18 quarters. With the smart money’s positions undergoing their usual ebb and flow, there exists a select group of noteworthy hedge fund managers who were upping their holdings significantly (or already accumulated large positions). 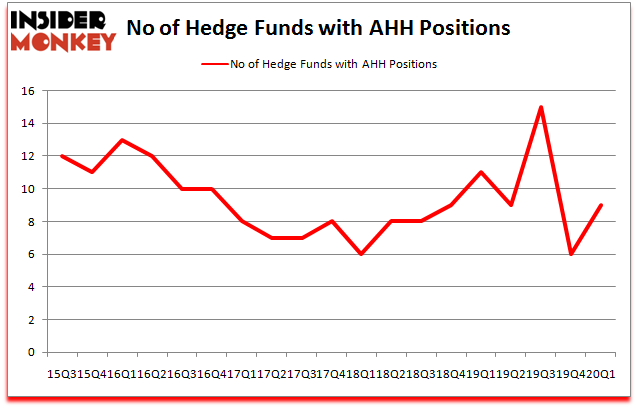 More specifically, Renaissance Technologies was the largest shareholder of Armada Hoffler Properties Inc (NYSE:AHH), with a stake worth $41.2 million reported as of the end of September. Trailing Renaissance Technologies was Royce & Associates, which amassed a stake valued at $6.4 million. Millennium Management, Two Sigma Advisors, and Citadel Investment Group were also very fond of the stock, becoming one of the largest hedge fund holders of the company. In terms of the portfolio weights assigned to each position Royce & Associates allocated the biggest weight to Armada Hoffler Properties Inc (NYSE:AHH), around 0.09% of its 13F portfolio. Renaissance Technologies is also relatively very bullish on the stock, setting aside 0.04 percent of its 13F equity portfolio to AHH.

As one would reasonably expect, some big names have been driving this bullishness. Millennium Management, managed by Israel Englander, created the most outsized position in Armada Hoffler Properties Inc (NYSE:AHH). Millennium Management had $1.7 million invested in the company at the end of the quarter. Ken Griffin’s Citadel Investment Group also initiated a $0.7 million position during the quarter. The other funds with brand new AHH positions are David Harding’s Winton Capital Management, D. E. Shaw’s D E Shaw, and Paul Marshall and Ian Wace’s Marshall Wace LLP.

As you can see these stocks had an average of 11.5 hedge funds with bullish positions and the average amount invested in these stocks was $79 million. That figure was $52 million in AHH’s case. Endo International plc (NASDAQ:ENDP) is the most popular stock in this table. On the other hand Freedom Holding Corp. (NASDAQ:FRHC) is the least popular one with only 3 bullish hedge fund positions. Armada Hoffler Properties Inc (NYSE:AHH) is not the least popular stock in this group but hedge fund interest is still below average. This is a slightly negative signal and we’d rather spend our time researching stocks that hedge funds are piling on. Our calculations showed that top 10 most popular stocks among hedge funds returned 41.4% in 2019 and outperformed the S&P 500 ETF (SPY) by 10.1 percentage points. These stocks gained 13.4% in 2020 through June 22nd and surpassed the market by 15.9 percentage points. Unfortunately AHH wasn’t nearly as popular as these 10 stocks (hedge fund sentiment was quite bearish); AHH investors were disappointed as the stock returned -14.5% during the second quarter and underperformed the market. If you are interested in investing in large cap stocks with huge upside potential, you should check out the top 10 most popular stocks among hedge funds as most of these stocks already outperformed the market in 2020.