Among top losers today is Copa Holdings, S.A. (NYSE:CPA), which plunged 13%, following a dismal earnings report for the second quarter. The Latin American airline passenger and cargo service provider reported adjusted earnings of $41 million or $0.93 per share excluding special items, which was $0.13 per share lower than the Street’s expectation and 65% lower from the same period in 2014. Copa Holdings, S.A. (NYSE:CPA)’s revenue decreased year-over-year by 20.1% to $534.8 million and Operating income decreased by 62.5% to $49.2 million. Operating margins stood at 9.1% for the quarter as opposed to 19.5% during the same period in 2014. Year-to-date the stock has dropped by around 40%, including today’s decline. Hedge funds seem to have anticipated this development as the stock saw a decrease of popularity during the first quarter. 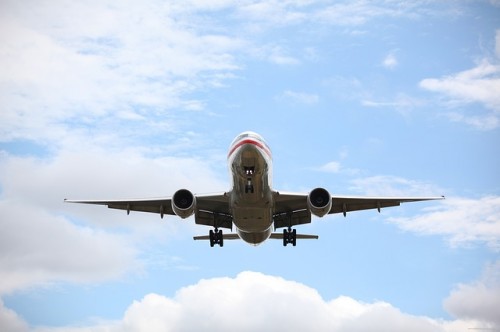 At the end of the first quarter, a total of 19 of the hedge funds tracked by Insider Monkey were bullish on Copa Holdings, owning around $320.6 million worth of stock, a 8% reduction from the value held by 23 hedge funds at the end of December. During the January – March period the stock had depreciated by around 2.5%, which indicates that even though hedge funds held around 7% of the company, there still was a capital outflow during the period.

Most investors don’t understand hedge funds and indicators that are based on hedge fund and insider activity. They ignore hedge funds because of their recent poor performance in the long-running bull market. Our research indicates that hedge funds underperformed because they aren’t 100% long. Hedge fund fees are also very large compared to the returns generated and they reduce the net returns enjoyed (or not) by investors. We discovered through extensive research that hedge funds’ long positions in small-cap stocks actually greatly outperformed the market from 1999 to 2012, and built a system around this. The 15 most popular small-cap stocks among these funds beat the S&P 500 Index by more than 65 percentage points since the end of August 2012 when this system went live, returning a cumulative 123% (read the details).

Among the funds tracked by Insider Monkey, William B. Gray’s Orbis Investment Management had the largest position in Copa Holdings, S.A. (NYSE:CPA), with around 1.1 million shares worth close to $113.3 million. However Paul Reeder and Edward Shapiro‘s PAR Capital Management has increased its holding 792% to 1.1 million shares worth $112.6 million position at the end of March. Remaining hedge funds that are bullish on the company include Satyen Mehta’s Neon Liberty Capital Management, Thomas Steyer’s Farallon Capital and Amy Minella’s Cardinal Capital.

In addition, there were several hedge funds, which closed their stakes during the first quarter, including Orlando Muyshondt‘s Tyrian Investments, which sold off the largest position by unloading around 237,000 shares.

Hedge funds were not bullish on Copa Holdings, S.A. (NYSE:CPA) as  we can see and they were right to do so as the stock had dropped around 35% since the end of March. The latest earnings miss also fueled a further decline. Considering the hedge funds bearish sentiment, we don’t recommend to buy this stock on the dip.