Investing in small cap stocks has historically been a way to outperform the market, as small cap companies typically grow faster on average than the blue chips. That outperformance comes with a price, however, as there are occasional periods of higher volatility. The last 8 months is one of those periods, as the Russell 2000 ETF (IWM) has underperformed the larger S&P 500 ETF (SPY) by nearly 9 percentage points. Given that the funds we track tend to have a disproportionate amount of their portfolios in smaller cap stocks, they have seen some volatility in their portfolios too. Actually their moves are potentially one of the factors that contributed to this volatility. In this article, we use our extensive database of hedge fund holdings to find out what the smart money thinks of Vitamin Shoppe Inc (NYSE:VSI).

Is Vitamin Shoppe Inc (NYSE:VSI) a superb investment right now? The best stock pickers are betting on the stock. The number of long hedge fund positions rose by 5 recently. Our calculations also showed that VSI isn’t among the 30 most popular stocks among hedge funds. 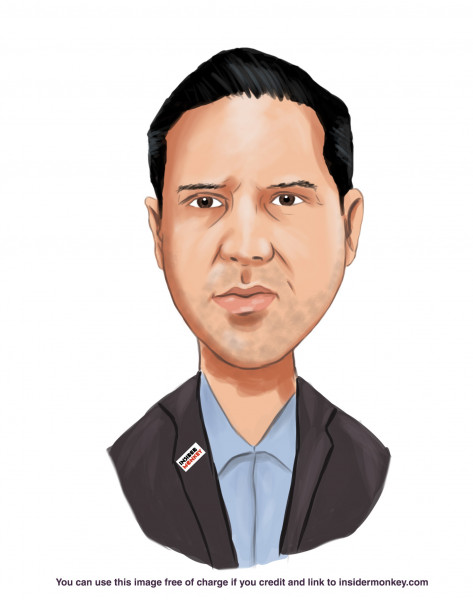 How have hedgies been trading Vitamin Shoppe Inc (NYSE:VSI)? 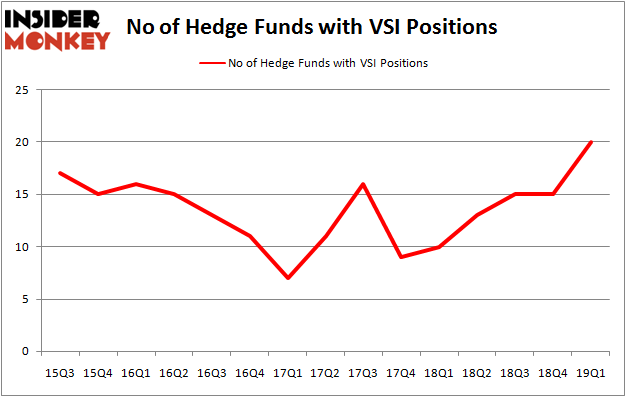 Of the funds tracked by Insider Monkey, Himanshu H. Shah’s Shah Capital Management has the number one position in Vitamin Shoppe Inc (NYSE:VSI), worth close to $29.4 million, comprising 15.3% of its total 13F portfolio. Sitting at the No. 2 spot is D E Shaw, led by D. E. Shaw, holding a $5.7 million position; the fund has less than 0.1%% of its 13F portfolio invested in the stock. Remaining members of the smart money that hold long positions encompass Peter Rathjens, Bruce Clarke and John Campbell’s Arrowstreet Capital, Jim Simons’s Renaissance Technologies and Matthew Hulsizer’s PEAK6 Capital Management.

As you can see these stocks had an average of 7 hedge funds with bullish positions and the average amount invested in these stocks was $11 million. That figure was $51 million in VSI’s case. Medley Capital Corp (NYSE:MCC) is the most popular stock in this table. On the other hand Energous Corporation (NASDAQ:WATT) is the least popular one with only 4 bullish hedge fund positions. Compared to these stocks Vitamin Shoppe Inc (NYSE:VSI) is more popular among hedge funds. Our calculations showed that top 20 most popular stocks among hedge funds returned 1.9% in Q2 through May 30th and outperformed the S&P 500 ETF (SPY) by more than 3 percentage points. Unfortunately VSI wasn’t nearly as popular as these 20 stocks and hedge funds that were betting on VSI were disappointed as the stock returned -48.3% during the same period and underperformed the market. If you are interested in investing in large cap stocks with huge upside potential, you should check out the top 20 most popular stocks among hedge funds as 13 of these stocks already outperformed the market in Q2.