Hedge Funds Have Never Been This Bullish On TCG BDC, Inc. (CGBD)

A market surge in the first quarter, spurred by easing global macroeconomic concerns and Powell’s pivot ended up having a positive impact on the markets and many hedge funds as a result. The stocks of smaller companies which were especially hard hit during the fourth quarter slightly outperformed the market during the first quarter. Unfortunately, Trump is unpredictable and volatility returned in the second quarter and smaller-cap stocks went back to selling off. We finished compiling the latest 13F filings to get an idea about what hedge funds are thinking about the overall market as well as individual stocks. In this article we will study the hedge fund sentiment to see how those concerns affected their ownership of TCG BDC, Inc. (NASDAQ:CGBD) during the quarter. 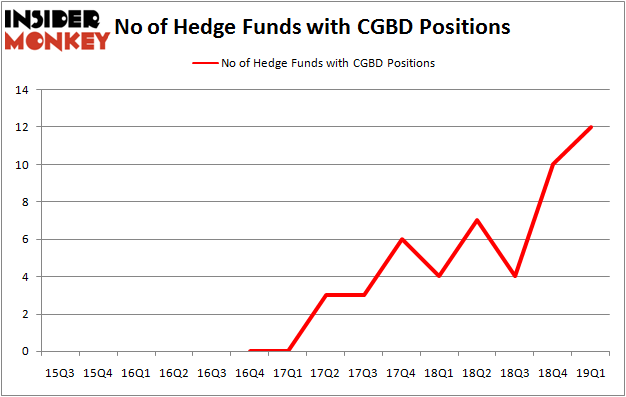 More specifically, Millennium Management was the largest shareholder of TCG BDC, Inc. (NASDAQ:CGBD), with a stake worth $6.4 million reported as of the end of March. Trailing Millennium Management was Marshall Wace LLP, which amassed a stake valued at $5.6 million. Arrowstreet Capital, Citadel Investment Group, and McKinley Capital Management were also very fond of the stock, giving the stock large weights in their portfolios.

As aggregate interest increased, specific money managers have been driving this bullishness. D E Shaw, managed by D. E. Shaw, initiated the most outsized position in TCG BDC, Inc. (NASDAQ:CGBD). D E Shaw had $1 million invested in the company at the end of the quarter. Andrew Feldstein and Stephen Siderow’s Blue Mountain Capital also made a $0.1 million investment in the stock during the quarter. The only other fund with a brand new CGBD position is Matthew Hulsizer’s PEAK6 Capital Management.

As you can see these stocks had an average of 12 hedge funds with bullish positions and the average amount invested in these stocks was $58 million. That figure was $24 million in CGBD’s case. 21Vianet Group Inc (NASDAQ:VNET) is the most popular stock in this table. On the other hand Associated Capital Group, Inc. (NYSE:AC) is the least popular one with only 7 bullish hedge fund positions. TCG BDC, Inc. (NASDAQ:CGBD) is not the least popular stock in this group but hedge fund interest is still below average. Our calculations showed that top 20 most popular stocks among hedge funds returned 6.2% in Q2 through June 19th and outperformed the S&P 500 ETF (SPY) by nearly 3 percentage points. A small number of hedge funds were also right about betting on CGBD as the stock returned 6.9% during the same time frame and outperformed the market by an even larger margin.