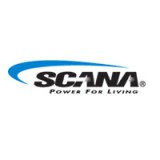 There are many indicators investors can use to analyze the equity markets, but a couple of the most underrated are hedgie and insider trading sentiment. See, at Insider Monkey, our research has shown that, historically, those who follow the best picks of the best fund managers can beat the market by a significant market (see just how much).

Equally as important, bullish insider trading activity is a second way to parse down the stock universe. As the old adage goes: there are many reasons for a corporate insider to sell shares of his or her company, but only one, very clear reason why they would buy. Countless academic studies have demonstrated the market-beating potential of this strategy if you know where to look (learn more here).

With all of this in mind, we’re going to take a look at the recent action surrounding Scana.

Hedge fund activity: At the end of the fourth quarter, a total of 10 hedge funds held long positions in this stock, an increase of 25% from the previous quarter. With hedge funds’ sentiment swirling, some notable managers were upping their stakes considerably.

Ken Griffin increased his stake by a total of 1,177%, the largest of the funds we track. Steven Cohen and Israel Englander were also increasing their holdings, while D. E. Shaw and Paul Tudor Jones established new positions in the stock.

All in all, David Harding held the largest position in SCANA Corporation (NYSE:SCG), ahead of peers Ken Griffin, Israel Englander, and the duo of Phill Gross And Robert Atchinson.

Insider trading activity: Since the beginning of 2012, the company has seen zero insider purchases and two insider sales.

The most recent insider sale came with D. Sarena Burch’s transaction of 1,100 shares at an average price of $45.75.

With the results demonstrated by our time-tested strategies, retail investors should always pay attention to hedge fund and insider trading activity, and this time is no different.

Hedgies and Insiders Are Crazy About This Tech ‘Fab Five’ – Apple...

The Smart Money is Pouring into These Financial Stocks: Citigroup Inc. (C),...

Insider Trading At Molycorp (MCP) Shows There Is Value In Rare Earth Minerals...

These Hedge Funds Have Been Killed By Apple Inc. (AAPL)’s Selloff
Monthly Newsletter Strategy
Download a free copy of our newsletter and see the details inside!
Hedge Fund Resource Center
Billionaire Hedge Funds