Big Lots, Inc. (NYSE:BIG)’s stock surged by nearly 15% as the company posted better-than-expected results for the second quarter of fiscal 2015, ended August 1. The discount retailer reported adjusted earnings per share of $0.40, while its quarterly sales inched up by 1.2% on the year to $1.21 billion in the second quarter. The Wall Street was expecting earnings per share of $0.34 on sales of $1.20 billion. The comparable store sales were up by 2.8%, in-line with the retailer’s previous guidance  between 2% and 3%. In addition, Big Lots, Inc. (NYSE:BIG) has lifted its full-year earnings guidance to a range of $2.90 to $3.0 per share against the previous guidance of $2.80 to $2.90 per share.

For the ongoing quarter, the retailer is expecting earnings in the range of -$0.04 to $0.01 per share and comparable store-sales growth between 2% and 3%. Big Lots, Inc. (NYSE:BIG) also declared a quarterly cash dividend of $0.19 per share.

Including today’s jump, the stock of Big Lots, Inc. (NYSE:BIG) has advanced by 19.93% year-to-date. However, what’s also important is that the smart money were also bullish on the company. At the end of June, 24 investors disclosed holding $236.03 million worth of Big Lots’ stock, which represents around 10% of the company. 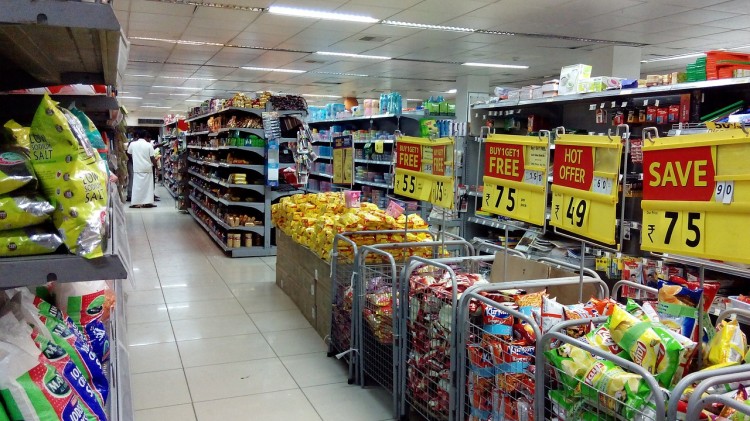 We consider hedge fund sentiment an important metric and we track hedge funds’ moves in order to identify actionable patterns and profit from them. Our research has shown that hedge funds’ large-cap stock picks historically delivered a monthly alpha of six basis points, though these stocks underperformed the S&P 500 Total Return Index by an average of seven basis points per month between 1999 and 2012. On the other hand, the 15 most popular small-cap stocks among hedge funds outperformed the S&P 500 Index by an average of 95 basis points per month (read the details here). Since the official launch of our small-cap strategy in August 2012, it has performed just as predicted, returning over 123% and beating the market by more than 65 percentage points. We believe the data is clear: investors will be better off by focusing on small-cap stocks utilizing hedge fund expertise rather than large-cap stocks.

The insiders of Big Lots, Inc. (NYSE:BIG) were slightly bearish, with at least 12 insider sale transactions so far in 2015, including David Campisi, CEO of Big Lots, Inc., who sold 30,475 shares earlier this year.

As stated earlier, hedge funds from our database were bullish on Big Lots heading into the third quarter. Among them, the largest shareholder of Big Lots, Inc. (NYSE:BIG) is  AQR Capital Management holding 1.71 million shares as of the end of June. Moreover, Renaissance Technologies, led by Jim Simons, initiated a new position in the company, disclosing 426,000 shares in its lates 13F. On the other hand, Highbridge Capital Management cut its stake by 67% on the quarter to 155,548 shares.

With this in mind, considering a positive hedge fund sentiment and strong quarterly results, we consider that Big Lots, Inc. (NYSE:BIG) represents a good investment opportunity.