Hedge Funds Beat Analysts On Seeing Weakness In Mattel And Caterpillar, But They Disagree On Blackberry

Red flags were thrown up by analysts today regarding the prospects of three companies, each of which had their earnings estimates and price targets cut amid slowing growth. The companies are Blackberry Ltd (NASDAQ:BBRY), Mattel, Inc. (NASDAQ:MAT), and Caterpillar Inc. (NYSE:CAT), and we’ll study the analyst action on each as well as the sentiment that elite hedge funds have for the three public companies’ shares. 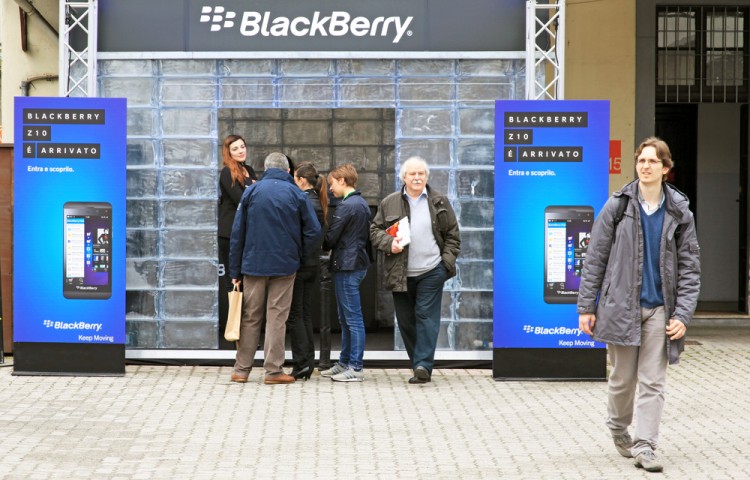 Let’s start with Blackberry Ltd (NASDAQ:BBRY), which remains a popular and even iconic company for its once-dominant position in the smartphone market, even as that buffet of a position has since eroded into the table scraps left behind by Apple Inc. (NASDAQ:AAPL)’s iPhones and Google Inc (NASDAQ:GOOG) Android-powered devices. Analyst pessimism towards Blackberry has been in full force since the company’s latest earnings results were released last week.

Credit Suisse, Wells Fargo, UBS, and Goldman Sachs have all cut either their earnings estimates or price targets for the company, or both. Goldman cut its price target for the stock to $7, while UBS cut its to $6.50. Credit Suisse’s price target is even slimmer at $6, although that wasn’t changed during its most recent update on Blackberry. Instead it cut its revenue and earnings estimates for the Canadian company’s 2016 and 2017 fiscal years, the former of which is now halfway done. Wells Fargo also cut its price target on Blackberry, to between a range of $6.50 and $7.10, and lowered its earnings estimates for its 2017 fiscal year to a loss of $0.17 per share. Perhaps most troublesome is that despite a slew of recent acquisitions, Credit Suisse predicts a large drop in revenue to just $434 million in fiscal 2017 from its $793 million projections for Blackberry’s fiscal 2016. Blackberry is down by over 5% today amid the continued ill will among analysts, dragging its year-to-date losses to over 43%.

The smart money tracked by Insider Monkey doesn’t think nearly as ill of Blackberry Ltd (NASDAQ:BBRY) as analysts, owning 15.10% of its outstanding shares. While the number of investors with Blackberry positions did decline to 23 from 27 in the second quarter, the value of their holdings was up by $30 million to $653 million, despite a 10% drop in share price during that time. So the investors who believe in the company hunkered down and fortified their positions. Among them was Kahn Brothers, founded by the late Irving Khan, and Nelson Obus’ Wynnefield Capital, each of which added to their positions in the second trimester.

Mattel, Inc. (NASDAQ:MAT) is not nearly as maligned as Blackberry among analysts. Oppenheimer reiterated its ‘Outperform’ rating on the stock, though it did lower its price target on it to $27. The firm also lowered its earnings projections for Mattel, though primarily due to the strong U.S dollar. Mattel had previously announced that foreign exchange would hurt its revenue growth by between 4% and 6% this year. Mattel is now down by 30% in 2015 given its 4% loss in trading today, hurt by the company’s second quarter results released in July which revealed a loss of $11.4 million and a continued sales decline for the company’s Barbie dolls.

Hedge funds appear to have been predicting the poor performance of Mattel, Inc. (NASDAQ:MAT), as they were quite bearish on the company in the second quarter, with ownership declining to 23 from 26, and the value of their holdings falling by over $100 million to $270 million despite a rise of over 10% in the stock’s price, and they held just 3.10% of its shares on June 30. Shares have slid by about 15% since the end of June, so hedgies were cashing out at the right time. Glenn Russell Dubin’s Highbridge Capital Management and Paul Tudor Jones’ Tudor Investment Corp were among those cashing out of the stock.

Hedge Funds are Confident about These Entertainment Stocks and You Should Be...
Monthly Newsletter Strategy
Download a free copy of our newsletter and see the details inside!
Hedge Fund Resource Center
Related News
Here’s Why You Shouldn’t Focus on Blackberry’s Results and Still Go Long This Metric Says Investors Should Bet On Only 1 Of These 2 Collapsing Stocks Why You Should Invest In These Cheap Public Utilities Stocks Smart Money Are Bullish on BlackBerry Ltd (BBRY) and Will Appreciate the Acquisition of Good Technology Bill & Melinda Gates Foundation Trust Counts Berkshire Hathaway Inc. (BRK.B), Canadian National Railway (USA) (CNI) Among Top Holdings Madison Street Partners Reshuffles Its Portfolio and Bets on ETFs; See Its Top Stock Picks Kahn Brothers’ Main Q2 Moves Include Buying More BlackBerry Ltd (BBRY) Shares Five Cheap REITs Under $10 that Hedge Funds are Bullish On 10 Declassified Facts about Area 51 11 Fastest Growing Cities in Europe
Billionaire Hedge Funds