Textainer Group Holdings Limited (NYSE:TGH) was in 11 hedge funds’ portfolio at the end of December. TGH investors should pay attention to a decrease in activity from the world’s largest hedge funds of late. There were 14 hedge funds in our database with TGH positions at the end of the previous quarter.

In the eyes of most shareholders, hedge funds are viewed as unimportant, old financial tools of the past. While there are over 8000 funds trading at present, we look at the masters of this club, close to 450 funds. Most estimates calculate that this group controls most of all hedge funds’ total asset base, and by keeping an eye on their highest performing investments, we have come up with a few investment strategies that have historically outperformed the market. Our small-cap hedge fund strategy outpaced the S&P 500 index by 18 percentage points a year for a decade in our back tests, and since we’ve began to sharing our picks with our subscribers at the end of August 2012, we have outpaced the S&P 500 index by 24 percentage points in 7 months (see all of our picks from August).

Just as beneficial, positive insider trading sentiment is another way to parse down the marketplace. Obviously, there are many stimuli for an insider to sell shares of his or her company, but just one, very simple reason why they would behave bullishly. Various empirical studies have demonstrated the valuable potential of this tactic if shareholders understand where to look (learn more here).

What does the smart money think about Textainer Group Holdings Limited (NYSE:TGH)?

Heading into 2013, a total of 11 of the hedge funds we track held long positions in this stock, a change of -21% from one quarter earlier. With hedgies’ capital changing hands, there exists a select group of notable hedge fund managers who were upping their holdings considerably.

Of the funds we track, Ascend Capital, managed by Malcolm Fairbairn, holds the largest position in Textainer Group Holdings Limited (NYSE:TGH). Ascend Capital has a $30.4 million position in the stock, comprising 1.3% of its 13F portfolio. The second largest stake is held by Dreman Value Management, managed by David Dreman, which held a $3.3 million position; the fund has 0.1% of its 13F portfolio invested in the stock. Some other peers with similar optimism include Anand Parekh’s Alyeska Investment Group, Israel Englander’s Millennium Management and Ken Griffin’s Citadel Investment Group.

Judging by the fact that Textainer Group Holdings Limited (NYSE:TGH) has witnessed declining sentiment from the entirety of the hedge funds we track, it’s safe to say that there were a few hedge funds who sold off their positions entirely in Q4. Interestingly, Alec Litowitz and Ross Laser’s Magnetar Capital dumped the biggest investment of the 450+ funds we monitor, valued at about $5.5 million in stock., and Cliff Asness of AQR Capital Management was right behind this move, as the fund dumped about $1.9 million worth. These bearish behaviors are intriguing to say the least, as aggregate hedge fund interest was cut by 3 funds in Q4.

How have insiders been trading Textainer Group Holdings Limited (NYSE:TGH)?

Bullish insider trading is most useful when the company in focus has seen transactions within the past half-year. Over the last 180-day time frame, Textainer Group Holdings Limited (NYSE:TGH) has seen zero unique insiders buying, and zero insider sales (see the details of insider trades here).

Let’s check out hedge fund and insider activity in other stocks similar to Textainer Group Holdings Limited (NYSE:TGH). These stocks are Air Lease Corp (NYSE:AL), GATX Corporation (NYSE:GMT), Rent-A-Center Inc (NASDAQ:RCII), , and Aaron’s, Inc. (NYSE:AAN). This group of stocks are in the rental & leasing services industry and their market caps are similar to TGH’s market cap. 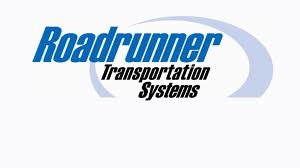 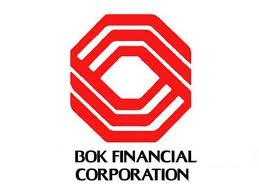