The financial regulations require hedge funds and wealthy investors that exceeded the $100 million equity holdings threshold to file a report that shows their positions at the end of every quarter. Even though it isn’t the intention, these filings to a certain extent level the playing field for ordinary investors. The latest round of 13F filings disclosed the funds’ positions on March 31st, about a week after the S&P 500 Index bottomed. We at Insider Monkey have made an extensive database of more than 821 of those established hedge funds and famous value investors’ filings. In this article, we analyze how these elite funds and prominent investors traded Vishay Precision Group Inc (NYSE:VPG) based on those filings.

Vishay Precision Group Inc (NYSE:VPG) investors should be aware of a decrease in activity from the world’s largest hedge funds lately. VPG was in 15 hedge funds’ portfolios at the end of the first quarter of 2020. There were 17 hedge funds in our database with VPG positions at the end of the previous quarter. Our calculations also showed that VPG isn’t among the 30 most popular stocks among hedge funds (click for Q1 rankings and see the video for a quick look at the top 5 stocks). 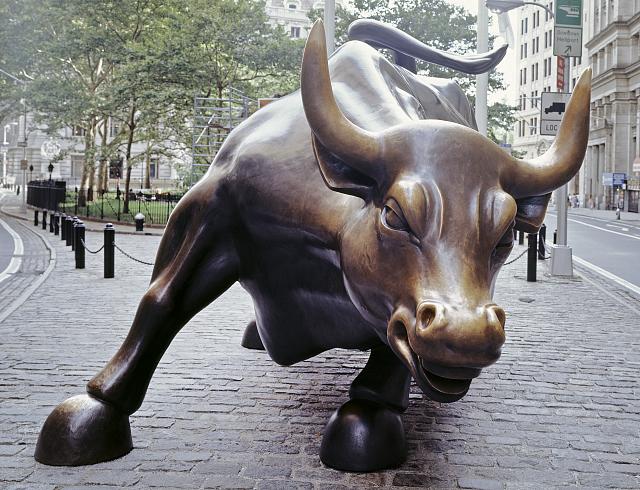 At Insider Monkey we scour multiple sources to uncover the next great investment idea. For example, blockchain technology’s influence will go beyond online payments. So, we are checking out this futurist’s moonshot opportunities in tech stocks. We interview hedge fund managers and ask them about their best ideas. We read hedge fund investor letters and listen to stock pitches at hedge fund conferences. For example we are checking out stocks recommended/scorned by legendary Bill Miller. Our best call in 2020 was shorting the market when the S&P 500 was trading at 3150 in February after realizing the coronavirus pandemic’s significance before most investors. Now we’re going to take a gander at the latest hedge fund action encompassing Vishay Precision Group Inc (NYSE:VPG).

At the end of the first quarter, a total of 15 of the hedge funds tracked by Insider Monkey were long this stock, a change of -12% from the previous quarter. By comparison, 11 hedge funds held shares or bullish call options in VPG a year ago. With hedgies’ capital changing hands, there exists an “upper tier” of noteworthy hedge fund managers who were boosting their holdings significantly (or already accumulated large positions). 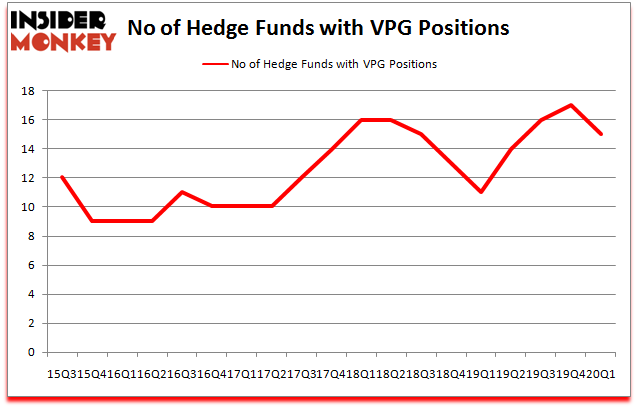 Among these funds, Nokomis Capital held the most valuable stake in Vishay Precision Group Inc (NYSE:VPG), which was worth $38 million at the end of the third quarter. On the second spot was Renaissance Technologies which amassed $17.1 million worth of shares. Royce & Associates, Harvey Partners, and ACK Asset Management were also very fond of the stock, becoming one of the largest hedge fund holders of the company. In terms of the portfolio weights assigned to each position Nokomis Capital allocated the biggest weight to Vishay Precision Group Inc (NYSE:VPG), around 18.26% of its 13F portfolio. Harvey Partners is also relatively very bullish on the stock, earmarking 8.09 percent of its 13F equity portfolio to VPG.

Because Vishay Precision Group Inc (NYSE:VPG) has faced a decline in interest from hedge fund managers, logic holds that there lies a certain “tier” of fund managers that slashed their positions entirely by the end of the first quarter. It’s worth mentioning that Israel Englander’s Millennium Management dumped the largest stake of all the hedgies followed by Insider Monkey, comprising about $5.4 million in stock, and Minhua Zhang’s Weld Capital Management was right behind this move, as the fund cut about $0.2 million worth. These bearish behaviors are intriguing to say the least, as total hedge fund interest was cut by 2 funds by the end of the first quarter.

As you can see these stocks had an average of 10.75 hedge funds with bullish positions and the average amount invested in these stocks was $39 million. That figure was $91 million in VPG’s case. Brightcove Inc (NASDAQ:BCOV) is the most popular stock in this table. On the other hand Bar Harbor Bankshares (NYSE:BHB) is the least popular one with only 4 bullish hedge fund positions. Vishay Precision Group Inc (NYSE:VPG) is not the most popular stock in this group but hedge fund interest is still above average. This is a slightly positive signal but we’d rather spend our time researching stocks that hedge funds are piling on. Our calculations showed that top 10 most popular stocks among hedge funds returned 41.4% in 2019 and outperformed the S&P 500 ETF (SPY) by 10.1 percentage points. These stocks gained 13.3% in 2020 through June 25th but beat the market by 16.8 percentage points. Unfortunately VPG wasn’t nearly as popular as these 10 stocks and hedge funds that were betting on VPG were disappointed as the stock returned 15.3% during the same time period and underperformed the market. If you are interested in investing in large cap stocks with huge upside potential, you should check out the top 10 most popular stocks among hedge funds as many of these stocks already outperformed the market so far this year.