Is ITC Holdings Corp. (NYSE:ITC) a bargain? The smart money is in a bearish mood. The number of long hedge fund positions dropped by 1 lately.

If you’d ask most investors, hedge funds are perceived as worthless, outdated investment tools of years past. While there are greater than 8000 funds trading at present, we at Insider Monkey choose to focus on the moguls of this group, around 450 funds. It is estimated that this group has its hands on most of all hedge funds’ total capital, and by monitoring their top stock picks, we have deciphered a number of investment strategies that have historically outstripped Mr. Market. Our small-cap hedge fund strategy outperformed the S&P 500 index by 18 percentage points annually for a decade in our back tests, and since we’ve began to sharing our picks with our subscribers at the end of August 2012, we have beaten the S&P 500 index by 25 percentage points in 6.5 month (see all of our picks from August).

Just as key, bullish insider trading activity is a second way to parse down the investments you’re interested in. There are many motivations for an executive to sell shares of his or her company, but only one, very clear reason why they would initiate a purchase. Various empirical studies have demonstrated the valuable potential of this tactic if you understand what to do (learn more here).

With these “truths” under our belt, we’re going to take a gander at the recent action regarding ITC Holdings Corp. (NYSE:ITC).

In preparation for this year, a total of 12 of the hedge funds we track held long positions in this stock, a change of -8% from one quarter earlier. With the smart money’s capital changing hands, there exists a few key hedge fund managers who were boosting their stakes significantly.

According to our comprehensive database, D. E. Shaw’s D E Shaw had the biggest position in ITC Holdings Corp. (NYSE:ITC), worth close to $62 million, comprising 0.2% of its total 13F portfolio. The second largest stake is held by Phill Gross and Robert Atchinson of Adage Capital Management, with a $57 million position; the fund has 0.2% of its 13F portfolio invested in the stock. Other hedge funds that are bullish include Jean-Marie Eveillard’s First Eagle Investment Management, Chuck Royce’s Royce & Associates and John Burbank’s Passport Capital.

Because ITC Holdings Corp. (NYSE:ITC) has experienced declining sentiment from the smart money, it’s safe to say that there exists a select few fund managers who sold off their positions entirely heading into 2013. Intriguingly, Dmitry Balyasny’s Balyasny Asset Management dropped the biggest stake of the “upper crust” of funds we monitor, comprising close to $3 million in stock., and Steven Cohen of SAC Capital Advisors was right behind this move, as the fund dumped about $0 million worth. These transactions are important to note, as aggregate hedge fund interest fell by 1 funds heading into 2013.

Insider trading activity, especially when it’s bullish, is most useful when the company in question has seen transactions within the past half-year. Over the last six-month time period, ITC Holdings Corp. (NYSE:ITC) has experienced zero unique insiders buying, and 4 insider sales (see the details of insider trades here).

With the results exhibited by the aforementioned time-tested strategies, everyday investors should always watch hedge fund and insider trading sentiment, and ITC Holdings Corp. (NYSE:ITC) shareholders fit into this picture quite nicely. 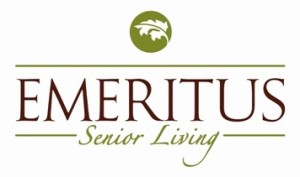 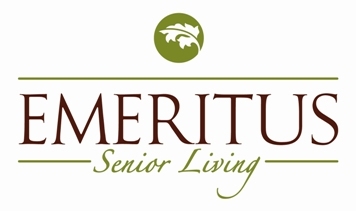 Mednax Inc. (NYSE:MD): Hedge Funds and Insiders Are Bearish, What Should You...
Monthly Newsletter Strategy
Download a free copy of our newsletter and see the details inside!
Hedge Fund Resource Center
Billionaire Hedge Funds