In the eyes of most stock holders, hedge funds are seen as slow, old investment tools of years past. While there are greater than 8000 funds trading at present, we at Insider Monkey choose to focus on the upper echelon of this club, about 450 funds. It is estimated that this group has its hands on the majority of the smart money’s total asset base, and by keeping an eye on their highest performing equity investments, we have deciphered a few investment strategies that have historically outpaced Mr. Market. Our small-cap hedge fund strategy outpaced the S&P 500 index by 18 percentage points per annum for a decade in our back tests, and since we’ve started sharing our picks with our subscribers at the end of August 2012, we have topped the S&P 500 index by 23.3 percentage points in 8 months (explore the details and some picks here).

Equally as integral, bullish insider trading sentiment is another way to break down the marketplace. Just as you’d expect, there are lots of reasons for an upper level exec to get rid of shares of his or her company, but only one, very simple reason why they would behave bullishly. Plenty of academic studies have demonstrated the impressive potential of this tactic if you know where to look (learn more here).

Keeping this in mind, we’re going to take a gander at the key action encompassing Harbinger Group Inc (NYSE:HRG).

How have hedgies been trading Harbinger Group Inc (NYSE:HRG)?

At the end of the first quarter, a total of 11 of the hedge funds we track were bullish in this stock, a change of -15% from the previous quarter. With hedgies’ sentiment swirling, there exists a few key hedge fund managers who were upping their stakes meaningfully.

According to our comprehensive database, Harbinger, managed by Phil Falcone, holds the biggest position in Harbinger Group Inc (NYSE:HRG). Harbinger has a $799.3 million position in the stock, comprising 31.4% of its 13F portfolio. Coming in second is Leon Cooperman of Omega Advisors, with a $41.3 million position; the fund has 0.6% of its 13F portfolio invested in the stock. Some other peers that are bullish include James H. Litinsky’s JHL Capital Group, Chuck Royce’s Royce & Associates and James Pallotta’s Raptor Capital Management.

Due to the fact that Harbinger Group Inc (NYSE:HRG) has witnessed bearish sentiment from hedge fund managers, logic holds that there exists a select few fund managers that decided to sell off their full holdings in Q1. Intriguingly, Keith Meister’s Corvex Capital cut the biggest stake of all the hedgies we monitor, comprising an estimated $6.6 million in stock., and Christian Leone of Luxor Capital Group was right behind this move, as the fund said goodbye to about $6.4 million worth. These bearish behaviors are important to note, as aggregate hedge fund interest fell by 2 funds in Q1.

Insider trading activity, especially when it’s bullish, is best served when the primary stock in question has seen transactions within the past six months. Over the last six-month time frame, Harbinger Group Inc (NYSE:HRG) has seen zero unique insiders purchasing, and 3 insider sales (see the details of insider trades here).

With the returns shown by the aforementioned studies, retail investors should always monitor hedge fund and insider trading sentiment, and Harbinger Group Inc (NYSE:HRG) is an important part of this process. 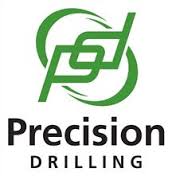 Here is What Hedge Funds Think About Brady Corp (BRC)

Churchill Downs, Inc. (CHDN): Insiders Are Buying, Should You?