Hedge Funds Are Rapidly Ditching TriNet Group Inc (TNET): What Has Them Spooked?

TriNet Group Inc (NYSE:TNET) shareholders have witnessed a decrease in support from the world’s most successful money managers in recent months. TNET was in 14 hedge funds’ portfolios at the end of the third quarter of 2016. There were 21 hedge funds in our database with TNET holdings at the end of the previous quarter. The level and the change in hedge fund popularity aren’t the only variables you need to analyze to decipher hedge funds’ perspectives. A stock may witness a boost in popularity but it may still be less popular than similarly priced stocks. That’s why at the end of this article we will examine companies such as Sohu.com Inc (NASDAQ:SOHU), Plantronics, Inc. (NYSE:PLT), and Banner Corporation (NASDAQ:BANR) to gather more data points. 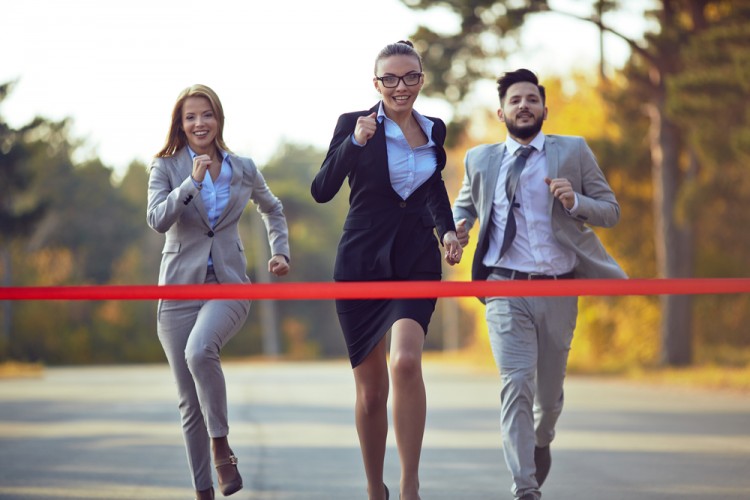 What have hedge funds been doing with TriNet Group Inc (NYSE:TNET)?

Heading into the fourth quarter of 2016, a total of 14 of the hedge funds tracked by Insider Monkey held long positions in this stock, a 33% drop from one quarter earlier and the second quarter in a row with a notable drop in ownership. Below, you can check out the change in hedge fund sentiment towards TNET over the last 5 quarters. With hedgies’ capital changing hands, there exists an “upper tier” of noteworthy hedge fund managers who were boosting their stakes meaningfully (or already accumulated large positions). 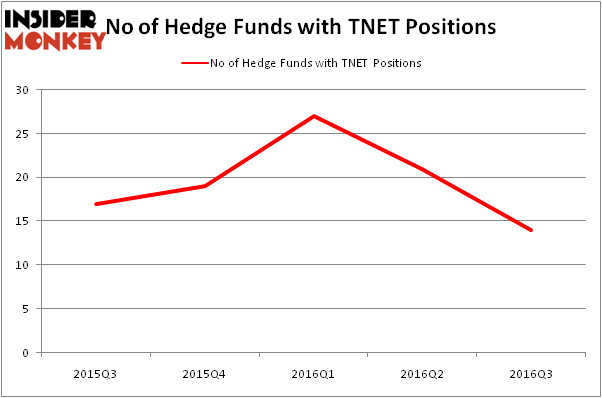 According to publicly available hedge fund and institutional investor holdings data compiled by Insider Monkey, William von Mueffling’s Cantillon Capital Management has the number one position in TriNet Group Inc (NYSE:TNET), worth close to $58.9 million. The second largest stake is held by William C. Martin of Raging Capital Management, with a $12.7 million position; 1.8% of its 13F portfolio is allocated to the company. Remaining members of the smart money with similar optimism consist of Israel Englander’s Millennium Management, Scott Scher & Michael Prober’s Clovis Capital Management, and Jim Simons’ Renaissance Technologies. We should note that Raging Capital Management is among our list of the 100 best performing hedge funds which is based on the performance of their 13F long positions in non-microcap stocks.