What’s a smart Genesco Inc. (NYSE:GCO) investor to do?

In the financial world, there are plenty of methods shareholders can use to monitor Mr. Market. Some of the best are hedge fund and insider trading sentiment. At Insider Monkey, our research analyses have shown that, historically, those who follow the top picks of the best investment managers can outpace the broader indices by a very impressive margin (see just how much).

Equally as key, positive insider trading activity is another way to look at the marketplace. Just as you’d expect, there are a variety of incentives for an executive to downsize shares of his or her company, but only one, very clear reason why they would buy. Several empirical studies have demonstrated the valuable potential of this strategy if “monkeys” understand where to look (learn more here).

Heading into Q3, a total of 11 of the hedge funds we track were bullish in this stock, a change of -15% from the previous quarter. With the smart money’s sentiment swirling, there exists a select group of noteworthy hedge fund managers who were boosting their stakes meaningfully. 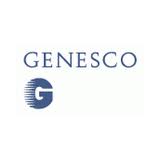 Out of the hedge funds we follow, Chilton Investment Company, managed by Richard Chilton, holds the largest position in Genesco Inc. (NYSE:GCO). Chilton Investment Company has a $41.4 million position in the stock, comprising 1.1% of its 13F portfolio. The second largest stake is held by Fisher Asset Management, managed by Ken Fisher, which held a $21.3 million position; the fund has 0.1% of its 13F portfolio invested in the stock. Some other peers with similar optimism include Israel Englander’s Millennium Management, D. E. Shaw’s D E Shaw and Matthew Tewksbury’s Stevens Capital Management.

As Genesco Inc. (NYSE:GCO) has experienced bearish sentiment from the top-tier hedge fund industry, logic holds that there lies a certain “tier” of fund managers that slashed their full holdings heading into Q2. It’s worth mentioning that Jeffrey Vinik’s Vinik Asset Management dumped the biggest position of the 450+ funds we track, totaling close to $1.2 million in stock. Jason F. Harris’s fund, Kendall Square Capital, also sold off its stock, about $0.4 million worth. These transactions are important to note, as aggregate hedge fund interest fell by 2 funds heading into Q2.

What do corporate executives and insiders think about Genesco Inc. (NYSE:GCO)?

Legal insider trading, particularly when it’s bullish, is at its handiest when the primary stock in question has seen transactions within the past six months. Over the last half-year time period, Genesco Inc. (NYSE:GCO) has seen zero unique insiders purchasing, and zero insider sales (see the details of insider trades here).

We’ll also examine the relationship between both of these indicators in other stocks similar to Genesco Inc. (NYSE:GCO). These stocks are Jos. A. Bank Clothiers Inc (NASDAQ:JOSB), The Men’s Wearhouse, Inc. (NYSE:MW), Ann Inc (NYSE:ANN), Wacoal Holdings Corporation (ADR) (NASDAQ:WACLY), and Express, Inc. (NYSE:EXPR). This group of stocks are the members of the apparel stores industry and their market caps resemble GCO’s market cap.