Synergy Resources Corp (NYSEAMEX:SYRG) investors should pay attention to an increase in enthusiasm from smart money in recent months.

According to most investors, hedge funds are seen as slow, outdated investment tools of yesteryear. While there are more than 8000 funds in operation at present, we at Insider Monkey hone in on the upper echelon of this club, around 450 funds. It is widely believed that this group controls the majority of all hedge funds’ total capital, and by monitoring their highest performing stock picks, we have found a number of investment strategies that have historically beaten the market. Our small-cap hedge fund strategy outstripped the S&P 500 index by 18 percentage points a year for a decade in our back tests, and since we’ve began to sharing our picks with our subscribers at the end of August 2012, we have trumped the S&P 500 index by 24 percentage points in 7 months (see the details here).

Just as beneficial, bullish insider trading activity is a second way to parse down the financial markets. Just as you’d expect, there are plenty of motivations for a corporate insider to downsize shares of his or her company, but only one, very clear reason why they would buy. Many empirical studies have demonstrated the impressive potential of this strategy if “monkeys” understand what to do (learn more here).

Heading into 2013, a total of 4 of the hedge funds we track were long in this stock, a change of 33% from the previous quarter. With hedgies’ sentiment swirling, there exists a few key hedge fund managers who were increasing their holdings considerably.

As industrywide interest jumped, key hedge funds were breaking ground themselves. Renaissance Technologies, managed by Jim Simons, created the most outsized position in Synergy Resources Corp (NYSEAMEX:SYRG). Renaissance Technologies had 0.2 million invested in the company at the end of the quarter. Neil Chriss’s Hutchin Hill Capital also initiated a $0.1 million position during the quarter.

Insider purchases made by high-level executives is most useful when the company we’re looking at has experienced transactions within the past six months. Over the last 180-day time period, Synergy Resources Corp (NYSEAMEX:SYRG) has seen 2 unique insiders purchasing, and zero insider sales (see the details of insider trades here). 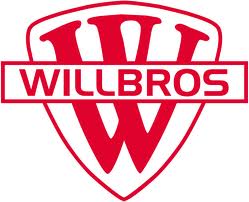