Origin Bancorp, Inc. (NASDAQ:OBNK) was in 6 hedge funds’ portfolios at the end of September. OBNK investors should be aware of an increase in hedge fund sentiment recently. There were 5 hedge funds in our database with OBNK positions at the end of the previous quarter. Our calculations also showed that OBNK isn’t among the 30 most popular stocks among hedge funds.

What does the smart money think about Origin Bancorp, Inc. (NASDAQ:OBNK)? 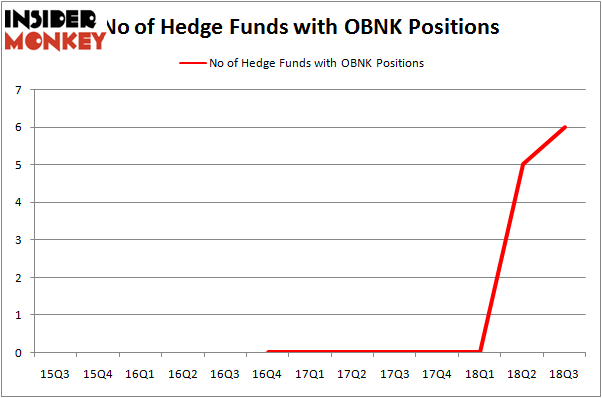 Among these funds, Forest Hill Capital held the most valuable stake in Origin Bancorp, Inc. (NASDAQ:OBNK), which was worth $5.6 million at the end of the third quarter. On the second spot was Azora Capital which amassed $5.3 million worth of shares. Moreover, Balyasny Asset Management, Millennium Management, and Castine Capital Management were also bullish on Origin Bancorp, Inc. (NASDAQ:OBNK), allocating a large percentage of their portfolios to this stock.

Consequently, some big names were breaking ground themselves. Marshall Wace LLP, managed by Paul Marshall and Ian Wace, initiated the biggest position in Origin Bancorp, Inc. (NASDAQ:OBNK). Marshall Wace LLP had $1.4 million invested in the company at the end of the quarter.

As you can see these stocks had an average of 11.25 hedge funds with bullish positions and the average amount invested in these stocks was $170 million. That figure was $24 million in OBNK’s case. Echo Global Logistics, Inc. (NASDAQ:ECHO) is the most popular stock in this table. On the other hand Comstock Resources Inc (NYSE:CRK) is the least popular one with only 5 bullish hedge fund positions. Origin Bancorp, Inc. (NASDAQ:OBNK) is not the least popular stock in this group but hedge fund interest is still below average. This is a slightly negative signal and we’d rather spend our time researching stocks that hedge funds are piling on. In this regard ECHO might be a better candidate to consider a long position.