Columbia Banking System Inc (NASDAQ:COLB) was in 9 hedge funds’ portfolio at the end of the first quarter of 2013. COLB has seen an increase in support from the world’s most elite money managers lately. There were 7 hedge funds in our database with COLB holdings at the end of the previous quarter.

In today’s marketplace, there are a multitude of gauges investors can use to track their holdings. Some of the best are hedge fund and insider trading sentiment. At Insider Monkey, our studies have shown that, historically, those who follow the best picks of the best hedge fund managers can beat the S&P 500 by a superb margin (see just how much).

Equally as integral, optimistic insider trading activity is a second way to parse down the investments you’re interested in. As the old adage goes: there are a number of reasons for a bullish insider to sell shares of his or her company, but only one, very simple reason why they would initiate a purchase. Several academic studies have demonstrated the market-beating potential of this tactic if you know what to do (learn more here).

In preparation for this quarter, a total of 9 of the hedge funds we track were bullish in this stock, a change of 29% from one quarter earlier. With hedge funds’ positions undergoing their usual ebb and flow, there exists an “upper tier” of key hedge fund managers who were increasing their stakes meaningfully.

According to our comprehensive database, Royce & Associates, managed by Chuck Royce, holds the most valuable position in Columbia Banking System Inc (NASDAQ:COLB). Royce & Associates has a $17.2 million position in the stock, comprising 0.1% of its 13F portfolio. Sitting at the No. 2 spot is Amy Minella of Cardinal Capital, with a $10.9 million position; the fund has 0.7% of its 13F portfolio invested in the stock. Some other peers with similar optimism include Cliff Asness’s AQR Capital Management, Robert Emil Zoellner’s Alpine Associates and Jim Simons’s Renaissance Technologies.

With a general bullishness amongst the heavyweights, specific money managers have been driving this bullishness. Cardinal Capital, managed by Amy Minella, initiated the biggest position in Columbia Banking System Inc (NASDAQ:COLB). Cardinal Capital had 10.9 million invested in the company at the end of the quarter. Robert Emil Zoellner’s Alpine Associates also made a $8.3 million investment in the stock during the quarter. The other funds with brand new COLB positions are D. E. Shaw’s D E Shaw and Mike Vranos’s Ellington.

How have insiders been trading Columbia Banking System Inc (NASDAQ:COLB)?

Insider purchases made by high-level executives is best served when the company in question has seen transactions within the past 180 days. Over the last six-month time period, Columbia Banking System Inc (NASDAQ:COLB) has seen zero unique insiders buying, and 2 insider sales (see the details of insider trades here). 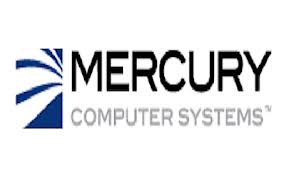