Baidu, Inc. (NASDAQ:BIDU) has experienced an increase in support from the world’s most elite money managers lately. BIDU was in 53 hedge funds’ portfolios at the end of the first quarter of 2019. There were 51 hedge funds in our database with BIDU positions at the end of the previous quarter. Our calculations also showed that BIDU isn’t among the 30 most popular stocks among hedge funds.

At the end of the first quarter, a total of 53 of the hedge funds tracked by Insider Monkey held long positions in this stock, a change of 4% from one quarter earlier. On the other hand, there were a total of 49 hedge funds with a bullish position in BIDU a year ago. With hedge funds’ capital changing hands, there exists a few noteworthy hedge fund managers who were increasing their stakes considerably (or already accumulated large positions). 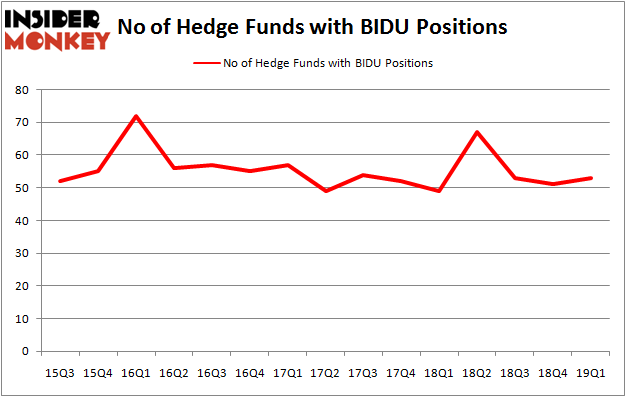