It has been a disastrous stretch for hedge funds in terms of investor retention. According to a report from Hedge Fund Research, investors pulled $28 billion from hedge funds during the last three months, the biggest quarterly money withdrawal since 2009. Total outflows for the year stood at $55.9 billion as of the end of July. Insider Trading scandals, high fees, and regulatory issues have plagued the beleaguered hedge fund community this year. Lackluster performance also remains an issue. The HFRI Fund Weighted Composite Index has gained 4.15% through the end of September, a better performance than last year, but still below the S&P 500’s gain of 6.08% through that period. Algorithmic trading, the Central Bank’s near-zero rate policy, and political and economic uncertainty at home and abroad are proving to be challenging for hedge funds to overcome. According to JP Morgan’s recent Flows & Liquidity report, hedge funds are also unloading stocks from their portfolios ahead of the U.S. presidential elections.

In this article, we’ll use the latest regulatory filings data to take a look at five companies whose shares were being sold off by the smart money investors tracked by Insider Monkey during the second quarter. 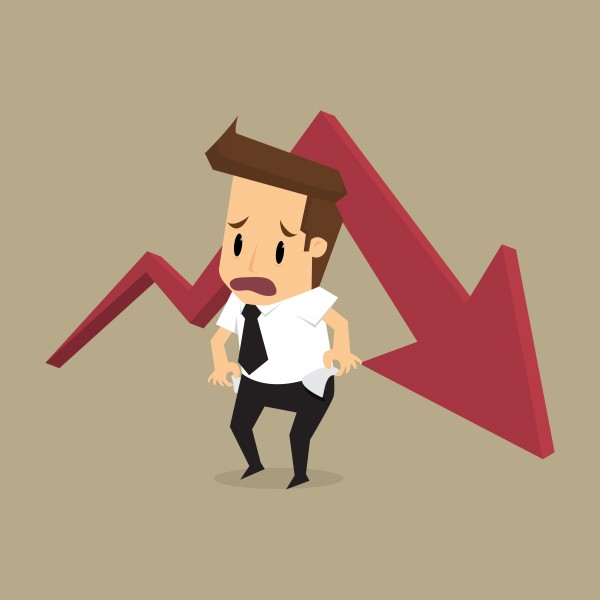 A net total of 39 hedge funds tracked by Insider Monkey dumped Allergan plc Ordinary Shares (NYSE:AGN)’s shares during the second quarter, while the value of their holdings plummeted by 30.8%, more than double the loss seen in the stock during the quarter. In April 2016, the U.S. government’s tax inversion changes led to Pfizer putting the kibosh on its $150 billion acquisition of Allergan, which lead to an investor exodus from both stocks, contributing to the declines. Investors also fear that if Hillary Clinton wins the election, that it will result in enhanced drug-pricing enforcement. Last month, Allergan announced the acquisition of Tobira Therapeutics Inc (NASDAQ:TBRA) for a surprising 500% premium. The company wants to get ahold of Tobira’s investigational medicine Cenicriviroc to enter the attractive market of on-alcoholic steatohepatitis, commonly referred to as NASH. Allergan plc Ordinary Shares (NYSE:AGN) will report its third quarter earnings on November 2.

At the end of the second quarter, 54 funds in our system were bullish on Netflix, Inc. (NASDAQ:NFLX), down from 64 funds a quarter earlier, while the value of their holdings dropped by over 40% during the quarter, with Netflix’s shares falling by only 10% during that time. Netflix surprised investors in the third quarter after posting 3.57 million new subscriber additions for the period, handily beating the forecasts of 2.3 million net additions. Overall, the streaming company earned $0.12 per share on $2.29 billion in revenue for the quarter, beating the estimates of $0.06 in EPS on $2.28 billion in revenue. The company expects 5.2 million global net additions in the fourth quarter. That was a contrast to the second quarter, when Netflix reported disappointing growth and subscription numbers; its second quarter subscriber growth guidance, issued in April, is likely what lead hedge funds to yank their money. AT&T Inc. (NYSE:T)’s $80 billion buyout of Time Warner Inc (NYSE:TWX) is likely to affect Netflix in the long-term, as the new media behemoth is expected to transform HBO into a streaming giant and stop leasing content to Netflix. Netflix, Inc. (NASDAQ:NFLX)’s stock is up by 11.66% year-to-date.

On the next page we’ll discuss the selling activity around Lowe’s, McDonald’s, and Dow Chemical.

Why Are Traders Piling Into These Five Stocks?