UTi Worldwide Inc. (NASDAQ:UTIW) was in 12 hedge funds’ portfolio at the end of December. UTIW shareholders have witnessed an increase in enthusiasm from smart money lately. There were 10 hedge funds in our database with UTIW positions at the end of the previous quarter.

In today’s marketplace, there are plenty of metrics market participants can use to track publicly traded companies. Some of the best are hedge fund and insider trading activity. At Insider Monkey, our research analyses have shown that, historically, those who follow the top picks of the best hedge fund managers can outpace the S&P 500 by a solid margin (see just how much). 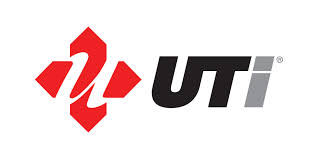 Just as beneficial, optimistic insider trading sentiment is a second way to parse down the investments you’re interested in. As the old adage goes: there are a variety of reasons for an upper level exec to get rid of shares of his or her company, but just one, very obvious reason why they would buy. Several empirical studies have demonstrated the valuable potential of this tactic if “monkeys” understand where to look (learn more here).

Keeping this in mind, let’s take a gander at the latest action regarding UTi Worldwide Inc. (NASDAQ:UTIW).

Heading into 2013, a total of 12 of the hedge funds we track were long in this stock, a change of 20% from the third quarter. With hedge funds’ sentiment swirling, there exists a select group of notable hedge fund managers who were boosting their stakes considerably.

When looking at the hedgies we track, Claus Moller’s P2 Capital Partners had the most valuable position in UTi Worldwide Inc. (NASDAQ:UTIW), worth close to $132.4 million, comprising 25.7% of its total 13F portfolio. Sitting at the No. 2 spot is Royce & Associates, managed by Chuck Royce, which held a $65 million position; the fund has 0.2% of its 13F portfolio invested in the stock. Remaining peers with similar optimism include Michael Lowenstein’s Kensico Capital, Jeffrey Smith’s Starboard Value LP and Clint Carlson’s Carlson Capital.

Now, some big names were leading the bulls’ herd. SAC Capital Advisors, managed by Steven Cohen, assembled the biggest position in UTi Worldwide Inc. (NASDAQ:UTIW). SAC Capital Advisors had 7.1 million invested in the company at the end of the quarter. Ken Griffin’s Citadel Investment Group also made a $3.1 million investment in the stock during the quarter. The other funds with brand new UTIW positions are Geoffrey Raynor’s Q Investments (Specter Holdings) and Paul Tudor Jones’s Tudor Investment Corp.

Insider trading activity, especially when it’s bullish, is best served when the primary stock in question has experienced transactions within the past 180 days. Over the latest six-month time period, UTi Worldwide Inc. (NASDAQ:UTIW) has experienced zero unique insiders buying, and 2 insider sales (see the details of insider trades here). 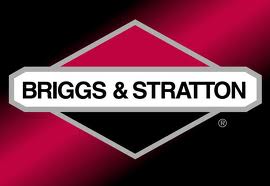 InvenSense Inc (INVN): Hedge Funds and Insiders Are Bearish, What Should You...