Now, according to many of your peers, hedge funds are assumed to be delayed, old financial tools of an era lost to time. Although there are In excess of 8,000 hedge funds trading currently, Insider Monkey aim at the masters of this group, around 525 funds. It is assumed that this group oversees most of the hedge fund industry’s total capital, and by paying attention to their highest quality investments, we’ve found a number of investment strategies that have historically outperformed Mr. Market. Our small-cap hedge fund strategy beat the S&P 500 index by 18 percentage points per year for a decade in our back tests, and since we’ve started sharing our picks with our subscribers at the end of August 2012, we have outclassed the S&P 500 index by 33 percentage points in 11 months (explore the details and some picks here).

Just as necessary, positive insider trading sentiment is another way to analyze the financial markets. There are lots of reasons for an executive to downsize shares of his or her company, but just one, very obvious reason why they would initiate a purchase. Several empirical studies have demonstrated the useful potential of this strategy if you understand what to do (learn more here). 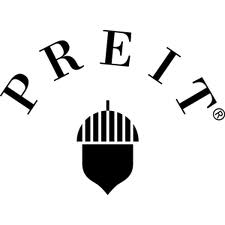 In preparation for the third quarter, a total of 12 of the hedge funds we track were bullish in this stock, a change of 9% from the first quarter. With hedge funds’ sentiment swirling, there exists a few notable hedge fund managers who were upping their holdings significantly.

When using filings from the hedgies we track, Citadel Investment Group, managed by Ken Griffin, holds the most valuable position in Pennsylvania R.E.I.T. (NYSE:PEI). Citadel Investment Group has a $27.6 million position in the stock, comprising less than 0.1%% of its 13F portfolio. Coming in second is Dreman Value Management, managed by David Dreman, which held a $21 million position; the fund has 0.7% of its 13F portfolio invested in the stock. Some other hedgies that are bullish include Clint Carlson’s Carlson Capital, Cliff Asness’s AQR Capital Management and Thomas Bailard’s Bailard Inc.

Legal insider trading, particularly when it’s bullish, is most useful when the company in question has seen transactions within the past six months. Over the last half-year time frame, Pennsylvania R.E.I.T. (NYSE:PEI) has seen zero unique insiders purchasing, and zero insider sales (see the details of insider trades here).