Is ITT Corp (NYSE:ITT) a buy here? Prominent investors are getting more bullish. The number of long hedge fund positions went up by 1 recently.

According to most shareholders, hedge funds are assumed to be slow, outdated financial tools of years past. While there are more than 8000 funds with their doors open at the moment, we at Insider Monkey choose to focus on the elite of this club, around 450 funds. Most estimates calculate that this group has its hands on most of the hedge fund industry’s total capital, and by watching their top stock picks, we have figured out a number of investment strategies that have historically outpaced Mr. Market. Our small-cap hedge fund strategy outstripped the S&P 500 index by 18 percentage points per annum for a decade in our back tests, and since we’ve started sharing our picks with our subscribers at the end of August 2012, we have topped the S&P 500 index by 23.3 percentage points in 8 months (explore the details and some picks here). 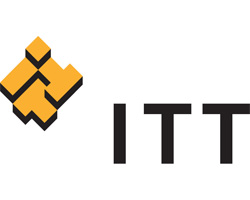 Just as integral, positive insider trading activity is another way to parse down the stock market universe. Obviously, there are a number of reasons for an executive to downsize shares of his or her company, but just one, very simple reason why they would buy. Several academic studies have demonstrated the valuable potential of this tactic if you know where to look (learn more here).

With all of this in mind, let’s take a gander at the key action encompassing ITT Corp (NYSE:ITT).

At Q1’s end, a total of 22 of the hedge funds we track were long in this stock, a change of 5% from the previous quarter. With hedge funds’ capital changing hands, there exists an “upper tier” of key hedge fund managers who were boosting their holdings significantly.

Of the funds we track, Robert Rodriguez and Steven Romick’s First Pacific Advisors LLC had the biggest position in ITT Corp (NYSE:ITT), worth close to $54.2 million, comprising 0.6% of its total 13F portfolio. Sitting at the No. 2 spot is Dreman Value Management, managed by David Dreman, which held a $40.3 million position; the fund has 1.1% of its 13F portfolio invested in the stock. Other peers that are bullish include Jeffrey Gates’s Gates Capital Management, Mario Gabelli’s GAMCO Investors and Cliff Asness’s AQR Capital Management.

With a general bullishness amongst the heavyweights, some big names were leading the bulls’ herd. First Pacific Advisors LLC, managed by Robert Rodriguez and Steven Romick, created the largest position in ITT Corp (NYSE:ITT). First Pacific Advisors LLC had 54.2 million invested in the company at the end of the quarter. Paul Tudor Jones’s Tudor Investment Corp also made a $9 million investment in the stock during the quarter. The other funds with brand new ITT positions are Alexander Mitchell’s Scopus Asset Management, Jacob Gottlieb’s Visium Asset Management, and Douglas W. Case’s Advanced Investment Partners.

Bullish insider trading is most useful when the company in focus has experienced transactions within the past half-year. Over the last 180-day time frame, ITT Corp (NYSE:ITT) has seen zero unique insiders purchasing, and 6 insider sales (see the details of insider trades here).

Let’s go over hedge fund and insider activity in other stocks similar to ITT Corp (NYSE:ITT). These stocks are 3D Systems Corporation (NYSE:DDD), Zebra Technologies Corp. (NASDAQ:ZBRA), The Middleby Corporation (NASDAQ:MIDD), Generac Holdings Inc. (NYSE:GNRC), and Sauer-Danfoss Inc. (NYSE:SHS). All of these stocks are in the diversified machinery industry and their market caps are closest to ITT’s market cap.