It was a rough fourth quarter for many hedge funds, which were naturally unable to overcome the big dip in the broad market, as the S&P 500 fell by about 7% during October and average hedge fund losing about 3%. The Russell 2000, composed of smaller companies, performed even worse, trailing the S&P by about 4 percentage points during the first half of Q4, as investors fled less-known quantities for safe havens. This was the case with hedge funds, who we heard were pulling money from the market amid the volatility, which included money from small-cap stocks, which they invest in at a higher rate than other investors. This action contributed to the greater decline in these stocks during the tumultuous period. We will study how this market volatility affected their sentiment towards Nexstar Media Group, Inc. (NASDAQ:NXST) during the quarter below.

Nexstar Media Group, Inc. (NASDAQ:NXST) investors should pay attention to an increase in activity from the world’s largest hedge funds lately. Our calculations also showed that NXST isn’t among the 30 most popular stocks among hedge funds.

According to most market participants, hedge funds are viewed as worthless, outdated investment vehicles of years past. While there are over 8000 funds with their doors open at the moment, Our researchers choose to focus on the top tier of this club, about 700 funds. These hedge fund managers preside over bulk of the smart money’s total capital, and by tracking their finest equity investments, Insider Monkey has identified a number of investment strategies that have historically outstripped the S&P 500 index. Insider Monkey’s flagship hedge fund strategy exceeded the S&P 500 index by 6 percentage points per annum since its inception in May 2014 through early November 2018. We were able to generate large returns even by identifying short candidates. Our portfolio of short stocks lost 24% since February 2017 (through December 3rd) even though the market was up nearly 23% during the same period. We just shared a list of 11 short targets in our latest quarterly update. 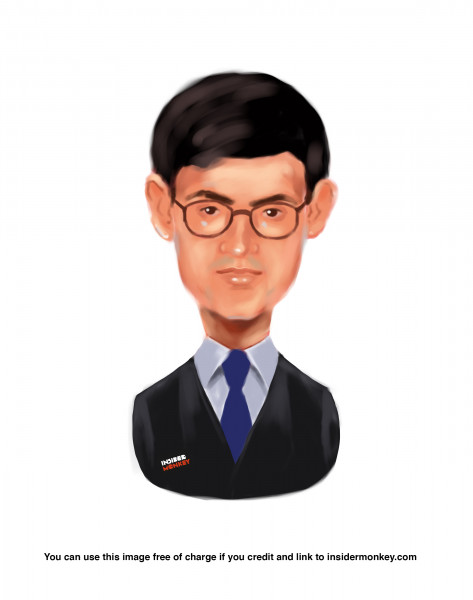 While collecting data on the company, we came across Avenir Capital’s letter for the December 2017 quarter, which has a position in the telecommunications company. Here is what the letter said regarding the stock:

“Our second biggest gainer for the quarter was Nexstar (NXST :NASDAQ) which increased by 26% as it continues to deliver record operating results and strong cash flow leading to deleveraging. Nexstar also continued to repurchase shares although we expect the rate of repurchase to increase in the future as additional debt is repaid. Nexstar was our third biggest gainer for the full year increased by 24% to end the year at $78.20, an increase of 63% from our average purchase price of $47.95. We expect Nexstar to generate average free cash flow per share of $12.40 over the 2017-2018 period giving rise to a free cash flow yield of 16% on the year-end price.”

At Q3’s end, a total of 37 of the hedge funds tracked by Insider Monkey were long this stock, a change of 19% from one quarter earlier. Below, you can check out the change in hedge fund sentiment towards NXST over the last 13 quarters. With the smart money’s capital changing hands, there exists an “upper tier” of noteworthy hedge fund managers who were boosting their holdings considerably (or already accumulated large positions). 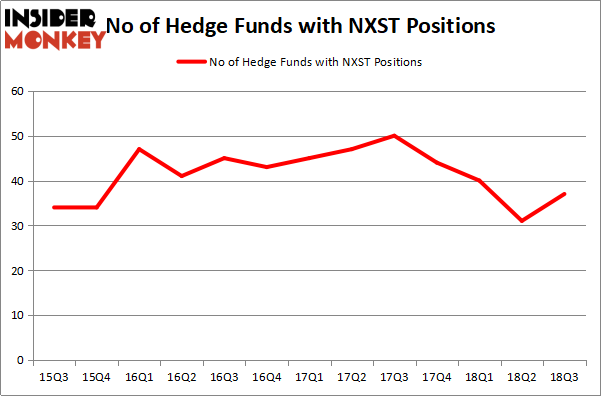 According to Insider Monkey’s hedge fund database, Jonathan Auerbach’s Hound Partners has the number one position in Nexstar Media Group, Inc. (NASDAQ:NXST), worth close to $260.1 million, amounting to 6% of its total 13F portfolio. The second largest stake is held by P2 Capital Partners, managed by Claus Moller, which holds a $185.2 million position; the fund has 16.6% of its 13F portfolio invested in the stock. Some other hedge funds and institutional investors that are bullish encompass Peter S. Park’s Park West Asset Management, and Jeffrey Jacobowitz’s Simcoe Capital Management.

As you can see these stocks had an average of 11.75 hedge funds with bullish positions and the average amount invested in these stocks was $186 million. That figure was $894 million in NXST’s case. Americold Realty Trust (NYSE:COLD) is the most popular stock in this table. On the other hand Black Stone Minerals LP (NYSE:BSM) is the least popular one with only 5 bullish hedge fund positions. Compared to these stocks Nexstar Media Group, Inc. (NASDAQ:NXST) is more popular among hedge funds. Considering that hedge funds are fond of this stock in relation to its market cap peers, it may be a good idea to analyze it in detail and potentially include it in your portfolio.