Cullen/Frost Bankers, Inc. (NYSE:CFR) was in 7 hedge funds’ portfolio at the end of December. CFR has seen an increase in hedge fund interest recently. There were 4 hedge funds in our database with CFR holdings at the end of the previous quarter.

If you’d ask most stock holders, hedge funds are seen as unimportant, old financial vehicles of years past. While there are more than 8000 funds in operation at the moment, we at Insider Monkey look at the crème de la crème of this group, around 450 funds. Most estimates calculate that this group oversees the majority of the hedge fund industry’s total capital, and by watching their highest performing stock picks, we have determined a few investment strategies that have historically outperformed the market. Our small-cap hedge fund strategy outpaced the S&P 500 index by 18 percentage points per year for a decade in our back tests, and since we’ve started sharing our picks with our subscribers at the end of August 2012, we have trumped the S&P 500 index by 24 percentage points in 7 months (see the details here). 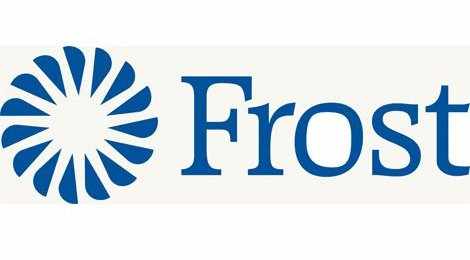 Equally as integral, optimistic insider trading sentiment is a second way to break down the financial markets. Obviously, there are a variety of stimuli for a bullish insider to sell shares of his or her company, but only one, very simple reason why they would initiate a purchase. Plenty of academic studies have demonstrated the useful potential of this method if shareholders understand what to do (learn more here).

With these “truths” under our belt, it’s important to take a gander at the key action encompassing Cullen/Frost Bankers, Inc. (NYSE:CFR).

At the end of the fourth quarter, a total of 7 of the hedge funds we track held long positions in this stock, a change of 75% from the third quarter. With hedgies’ capital changing hands, there exists a select group of notable hedge fund managers who were boosting their holdings significantly.

When looking at the hedgies we track, Ken Griffin’s Citadel Investment Group had the biggest position in Cullen/Frost Bankers, Inc. (NYSE:CFR), worth close to $14.7 million, accounting for less than 0.1%% of its total 13F portfolio. The second largest stake is held by Jim Simons of Renaissance Technologies, with a $13.9 million position; the fund has less than 0.1%% of its 13F portfolio invested in the stock. Some other hedge funds that hold long positions include Israel Englander’s Millennium Management, D. E. Shaw’s D E Shaw and Cliff Asness’s AQR Capital Management.

What have insiders been doing with Cullen/Frost Bankers, Inc. (NYSE:CFR)?

Insider purchases made by high-level executives is at its handiest when the company in question has experienced transactions within the past 180 days. Over the last 180-day time frame, Cullen/Frost Bankers, Inc. (NYSE:CFR) has seen zero unique insiders buying, and 5 insider sales (see the details of insider trades here).

Syntel, Inc. (SYNT): Insiders Are Dumping, Should You?

Demand Media Inc (DMD): Insiders Are Dumping, Should You?