Hedge Funds Are Betting On A10 Networks Inc (ATEN)

In this article, let’s take a closer look at A10 Networks Inc (NYSE:ATEN), which has seen an increase in enthusiasm from smart money of late. At the end of September, 16 investors tracked by Insider Monkey held shares of the company, up by three over the quarter. The level and the change in hedge fund popularity aren’t the only variables you need to analyze to decipher hedge funds’ perspectives. A stock may witness a boost in popularity but it may still be less popular than similarly priced stocks. That’s why at the end of this article we will examine companies such as Healthways, Inc. (NASDAQ:HWAY), Modine Manufacturing Co. (NYSE:MOD), and Stoneridge, Inc. (NYSE:SRI) to gather more data points. 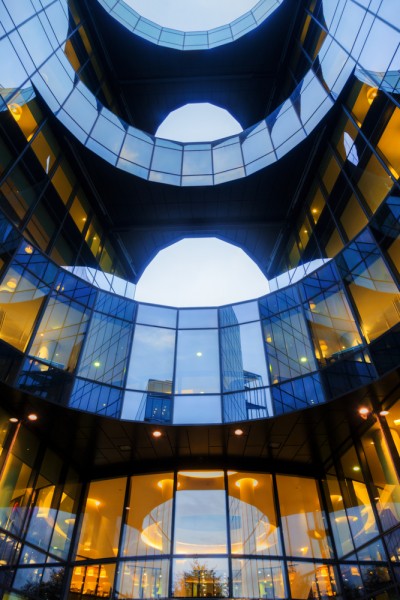 How are hedge funds trading A10 Networks Inc (NYSE:ATEN)?

A total of 16 of the hedge funds tracked by Insider Monkey held long positions in A10 Networks at the end of September, a change of 23% from the second quarter of 2016. On the other hand, there were a total of 16 hedge funds with a bullish position in ATEN at the beginning of this year. With the smart money’s capital changing hands, there exists a few notable hedge fund managers who were boosting their stakes substantially (or already accumulated large positions). 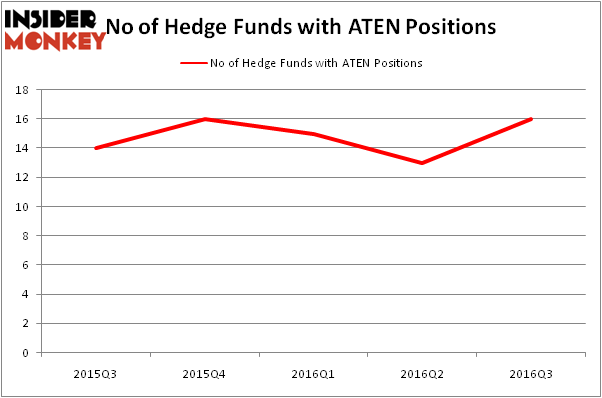 When looking at the institutional investors followed by Insider Monkey, Jim Simons’ Renaissance Technologies has the number one position in A10 Networks Inc (NYSE:ATEN), worth close to $21 million, comprising less than 0.1%% of its total 13F portfolio. The second largest stake is held by Chuck Royce’s Royce & Associates holding a $11.1 million position; the fund has 0.1% of its 13F portfolio invested in the stock. Other peers that hold long positions contain D. E. Shaw’s D E Shaw, John Overdeck and David Siegel’s Two Sigma Advisors, and Brian C. Freckmann’s Lyon Street Capital. We should note that none of these hedge funds are among our list of the 100 best performing hedge funds which is based on the performance of their 13F long positions in non-microcap stocks.