Dalio’s Bridgewater Fund Said to Rise 8.3% in January (Bloomberg)
Ray Dalio’s Bridgewater Associates posted an 8.3 percent gain in January in one of its hedge funds, according to a person familiar with the matter. The $160 billion Westport, Connecticut-based firm posted the gain in its Pure Alpha II fund, said the person, who asked not to be identified because the information is private. The fund rose 3.6 percent last year and has posted an annualized return of 13 percent since inception in 1991. Bridgewater, which invests globally across asset classes based on macroeconomic themes, beat rivals amid volatile markets. Funds that base their investments on macro trends rose 2.6 percent on average in January, the best monthly return since December 2010, according to Chicago-based Hedge Fund Research Inc.

Icahn to Get Boards Seats in Settlement With Manufacturer Manitowoc (New York Times)
First, the Manitowoc Company announced that it would split itself in two, after facing pressure from two of the most prominent activist shareholders around. Now, the manufacturer, based in Wisconsin, has struck a formal peace agreement with one of them, the billionaire Carl C. Icahn. Manitowoc said on Monday that it would give Mr. Icahn a seat on both its own board and that of the food service division that it plans to spin off as an independent company next year.

Paulson Hedge Funds Mostly Rise in January After ’14 Losses (Bloomberg)
Billionaire John Paulson saw gains in almost all his hedge funds in January with the highest returns in his merger strategy, which comprises about half the firm’s $18 billion of assets, according to three people with knowledge of the performance. Paulson & Co.’s Paulson Partners fund rose 1.1 percent last month, with a leveraged version rising 2.6 percent, said one of the people, who asked not to be identified because the results are private. The New York-based firm’s credit strategy rose 0.8 percent and the Advantage Plus fund was up 1.6 percent, said two separate people.

Ex-Federal Prosecutor in New York Joins Ackman’s Hedge Fund (New York Times)
Until a few weeks ago, Jenna Dabbs was a federal prosecutor in Manhattan, leading the charge in prosecuting some of the biggest and toughest drug kingpins in the world. Now, she’s working for the billionaire investor William A. Ackman at his $18 billion hedge fund, Pershing Square Capital Management. Ms. Dabbs, former chief of the narcotics unit for the United States attorney’s office in Manhattan, confirmed on Friday that she had joined Mr. Ackman’s hedge fund about a week ago. She left the United State attorney’s office after about eight years of working mainly on drug and securities cases. She was chief of the narcotics division for about a year and a half.

Morgan Stanley Aims to Sell Stake in Lansdowne Partners (Wall Street Journal)
Morgan Stanley is joining the hedge-fund retreat. The New York investment bank is looking to sell its 19% stake in the $17.5 billion London-based Lansdowne Partners LLP, according to people familiar with the matter. The attempted sale adds Morgan Stanley to a wave of banks including J.P. Morgan Chase & Co. that bought into hedge funds before the financial crisis and have been backing away because of regulatory pressure to simplify their businesses. New limits on ownership of relatively risky assets have played a role as well, in some cases.

Hedge Funds Start Placing Bets on U.K.’s Looming Tight May Election (Wall Street Journal)
The outcome of U.K.’s general election in May is too close to call, but hedge funds are beginning to place their bets. Since the start of the year, European markets have swung sharply on the back of the Swiss National Bank ’s shock decision to scrap its currency cap, the European Central Bank’s massive bond-buying program and the election of a radical Greek government. Some hedge funds say the hotly contested U.K. vote could top the lot. “Everyone is focused on political risk in the Eurozone and nobody is talking about political risk in the U.K.; Relative to people’s expectations, I think the biggest surprise to the markets could come from the U.K.,” said Joseph Oughourlian, co-founder and portfolio manager at Amber Capital, a U.S.-based hedge fund with roughly $1.5 billion of assets under management.

Hedge Funds Most Bearish on Crude in 4 Years After Rally: Energy (Bloomberg)
Hedge funds raised bearish bets on oil to the highest in more than four years, a sign they’re skeptical that a two-week 14 percent rally will last. Short bets on West Texas Intermediate climbed 1.2 percent in the week ended Feb. 3 to the most since August 2010, U.S. Commodity Futures Trading Commission data show. Net-long positions slipped for a third week, the longest stretch of declines since August. Prices jumped during the report week as a shrinking number of U.S. rigs drilling for crude raised speculation that output would soon retreat from a three-decade high. Oil has tumbled 47 percent in the past year amid surging U.S. supplies and OPEC’s refusal to cut production to reduce a global glut.

Hedge Funds Keep Winning Despite Losing (Wall Street Journal)
Hedge funds are in a six-year slump. Financial markets have been rising but these highly paid investors can’t seem to keep up. It’s getting so bad, hedge funds are starting to draw comparisons to mutual funds, long criticized for poor performance relative to their fees. It’s a bit like saying Ferraris are starting to resemble Fords. Those groans you hear are likely coming from Greenwich, Conn., hometown of many hedge funds. These managers correctly note that they’re paid to hedge, or protect, their clients’ portfolios, not make all-out market bets, so it’s unfair to compare them with broad stock indexes. Hedge funds tend to hold cash, short positions and other defensive holdings to cushion performance in a downturn. 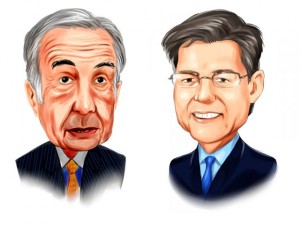 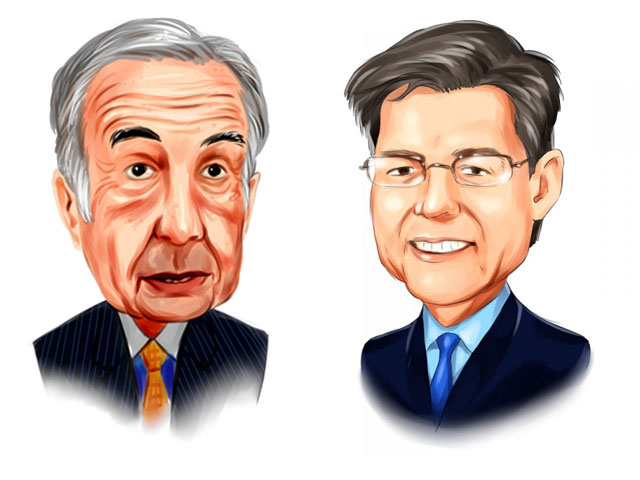