By Thursday, the agency appeared to be softening its tone. Nearly a year after the Securities and Exchange Commission accused Philip A. Falcone of manipulating the market, using hedge fund assets to pay his own taxes and “secretly” favoring select customers at the expense of others, Mr. Falcone disclosed in a public filing that he had “reached an agreement in principle” to settle the two cases with the agency. The S.E.C. also struck a deal with Harbinger Capital Partners, Mr. Falcone’s flagship hedge fund. The settlement, which came after a federal judge in New York questioned aspects of the cases, would be a moral victory of sorts for Mr. Falcone, who has stubbornly resisted a deal for more than a year.

Carson Block Says He’s Shorting Standard Chartered Debt (Bloomberg)
Carson Block, the short seller who runs Muddy Waters LLC, said he’s betting against the debt of Standard Chartered Bank Plc (STAN), the U.K. bank that earns most of its profit in Asia, because of the “deteriorating” quality of the loans it has made. Block said the bank’s $1 billion loan to Samin Tan, chairman of Bumi Plc (BUMI), the coal company at the center of a dispute between co-founders Nathaniel Rothschild and Indonesia’s Bakrie family, and loans to Far East Energy Corp. (FEEC) were “red flags.”

How Do You Find Depressed Stocks? Ask This Hedge Fund (Seeking Alpha)
In the latest round of first-quarter 13F filings, David Cohen and Harold Levy’s Iridian Asset Management has recently shared its equity portfolio, shedding light on how the hedge fund has been positioning itself over the past few months. Iridian typically focuses its efforts on finding value in depressed stocks going through significant managerial or structural changes. Retail investors can benefit from watching hedge fund sentiment, as quantitative analyses have revealed that the best picks of the best money managers can beat the market by as much as 18 percentage points a year. 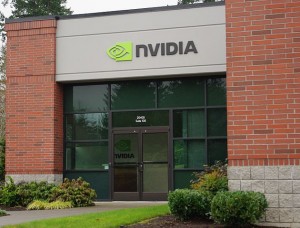 When looking at the hedgies we track, Steven Cohen’s SAC Capital Advisors had the biggest position in NVIDIA Corporation (NASDAQ:NVDA), worth close to $33.4 million, comprising 0.2% of its total 13F portfolio. On SAC Capital Advisors’s heels is AQR Capital Management, managed by Cliff Asness, which held a $24.8 million position; the fund has 0.1% of its 13F portfolio invested in the stock. Remaining hedgies with similar optimism include Peter Rathjens, Bruce Clarke and John Campbell’s Arrowstreet Capital, and Martin Whitman’s Third Avenue Management.

Protecting Your Portfolio From a Downturn (Wall Street Journal)
What makes a good fund manager? To many, the answer is easy: Just look at the returns. But recent research points to a different way of sorting out the heroes from the duds: Look at who does well when markets do poorly. Or, to borrow a metaphor from Warren Buffett, “You only learn who has been swimming naked when the tide goes out.” Though there’s no silver bullet, homing in on the managers who capture the least downside when markets turn south will at least help you avoid disaster, experts say. “Limiting losses is critical to keeping with your investment plan,” says Matt Schreiber, president of WBI Investments in Little Silver, N.J., which manages $2 billion.