Lee Cooperman: Stocks are the only place to be (HedgeFund Intelligence)
Cooperman, presenting at a fundraiser for nonprofit Portfolios with Purpose, enumerated the companies he is using in the group’s charity stock picking competition: Brazilian health care company Qualicorp SA (QUAL3.BZ), footwear company Crocs, Inc. (NASDAQ:CROX), mobile financial services company Monitise PLC (MONI:LN), investment company Tetragon Financial Group (TGONF) and finance company Chimera Investment Group (CIM). The Omega Advisors founder likes all of the stocks as long positions. “I’m not going to be like Bill Ackman and trash a certain company,” Cooperman said to laughs from about 275 guests at the Ana Tzarev art gallery in midtown Manhattan. “I’ll talk quickly because I don’t want to be sued by anybody.”

Hedge fund shops Tinkler’s stake in Whitehaven Coal (The Australian)
Hedge fund Noonday Asset Management has been “shopping around” Nathan Tinkler’s Whitehaven Coal stake as the share price of the depressed stock hits a fresh four-year low. The Australian understands a move on Mr Tinkler’s 19.4 per cent stake in the struggling coalminer could be imminent, with a range of options to offload the block being explored.

Hedge Fund Manager Makes Final Pitch For Basketball Team (FINalternatives)
The National Basketball Association heard a hedge fund manager’s detailed plan for bringing a team back to his hometown of Seattle yesterday as the league weighed Christopher Hansen’s bid against that of a group that would keep the Sacramento Kings in California’s capital. The NBA’s finance and relocation committees heard presentations from both sides. Hansen, who runs San Francisco-based Valiant Capital Management, offered a detailed plan for the purchase of a majority stake in the team and the construction of a new home in Seattle that would open in 2017. Hansen’s group is putting up $290 million of the $490 million required for the new arena, and has already spent $50 million on the land for it.

The SEC Let Steven Cohen Off Esay (Bloomberg)
Here is one of those times when it’s all of the above. This week, a federal judge in New York approved a $14 million settlement between the SEC and a unit of Steven A. Cohen’s hedge fund, SAC Capital Advisors LP, over insider-trading allegations. Cohen’s firm neither admitted nor denied the SEC’s claims, which was a ludicrous formality. The former SAC Capital analyst at the heart of the case, Jon Horvath, already had been convicted criminally. The violations he committed were central to the SEC’s allegations against the $15 billion hedge fund. Horvath, who worked at SAC’s Sigma Capital Management unit, pleaded guilty to three felony counts last year, including securities fraud.

Hedge Fund Giant Daniel Loeb Beats the Market with Yahoo, and Cheniere Energy (Forbes)
In a difficult quarter for hedge funds, and rather pleasant one for the S&P 500, Daniel Loeb bested the market with a 13.3% in his Ultra Fund in the first three months of the year, according to CNBC. By comparison, the S&P returned 10%, and the average hedge fund eked out just 3.13%. Loeb, the leader of hedge fund Third Point well known for his stormy business shakeups in his activist investment targets and event-driven investment strategy, saw several points of his strategy blossom this year.

Hedge fund manager Paulson posts gains in first quarter (Reuters)
After two years of losses, hedge fund manager John Paulson’s best-known funds got off to a better start in 2013. The billionaire investor told clients on Thursday that the bulk of his portfolios, including the Advantage funds which had lost money in 2012 and 2011, were in the black. His gold fund, however, notched double digit losses during the first three months of 2013.

Maverick’s Pausic Plans Hedge Fund (FINalternatives)
Maverick Capital’s top media and telecommunications manager will leave the firm to launch a hedge fund of his own. Michael Pausic has returned to Charlottesville, Va.—where he met Maverick founder Lee Ainslie at the University of Virginia—to start the new firm.

Tiger Cubs Report a Rough Q1 (Institutional Investor’s Alpha)
The first quarter was especially tough for long-short hedge fund managers — and the biggest, most prominent Tiger Cubs were not immune. According to previously unpublished data obtained by Institutional Investor’s Alpha, the period was especially rough on short portfolios, given the S&P 500’s 10 percent jump during the three-month period. “Tiger Cub” is the moniker attached to a hedge fund manager who sprang from Julian Robertson’s Tiger Management Corp. Take Tiger Global Management, the $6 billion hedge fund firm run by founder Charles “Chase” Coleman and partner Feroz Dewan. New York–based Tiger Global, for example, was up only 2.5 percent in March and 5 percent for the first three months.

Hong Kong hedge assets on the rise… Investors seek protection in the wake of N Korean threats… (Hedgeweek)
Hedge fund assets under management in Hong Kong have increased by more than a third over the past two years, according to a survey released by the HK Securities and Futures Commission. The SFC said its survey of 348 licensed hedge funds found that AUM had increased by 38 per cent from the time of the last survey in September 2010 to USD87.1bn as of 30 September 2012 (the date at which the SFC requested data for). In addition to a rising AUM, the SFC said the two-year period saw a 25 per cent surge in the number of hedge funds based in Hong Kong, increasing from 538 to 676.

Wexford Plans 53-Story Tower in West Texas Oil Boomtown (Bloomberg)
Wexford Capital LP, a hedge fund with $5 billion in assets, is planning to build a $350 million office-and-condominium tower in Midland, Texas, as demand rises in a region home to the world’s second-largest oil field. The proposed 53-story Energy Tower at City Center has begun pre-leasing its 560,177 square feet (52,042 square meter) of office space, said William Meyer, a partner at Energy Related Properties, which is working with Wexford on the project. The tower would be more than twice the height of the city’s tallest building.

This Metric Says You Are Smart to Buy Dynavax Technologies Corporation (DVAX... 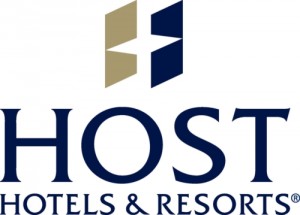 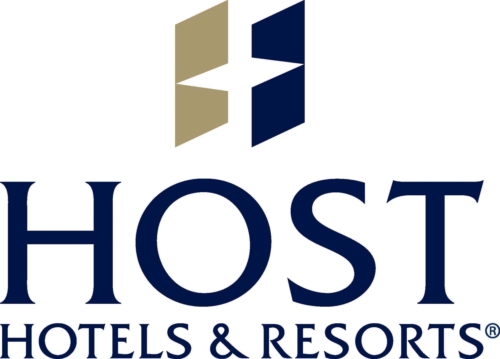 Host Hotels and Resorts Inc (HST): Insiders Are Dumping, Should You?: Strategic...