Mammoth Japan Stimulus Still Not Enough: Hayman’s Bass (CNBC.com)
The gargantuan stimulus Japan is pumping into its economy will have to be even larger to achieve the desired results, said Hayman Capital founder Kyle Bass. “They’re going to have to make the plan even bigger than they said if they’re going to successfully contain rates,” Bass told CNBC’s “Squawk on the Street.” The reason is the “rational investor paradox,” said the hedge fund honcho who has been outspoken in his criticism of Japan’s fiscal policies. “If Bank of Japan investors believe in Abenomics and (BOJ Gov. Haruhiko) Kuroda’s plan to double the monetary base in the next couple years and generate some inflation and growth, then a rational investor who holds their bonds is likely to sell a portion if not all of them,” Bass said.

Hedge fund billionaire says a woman’s focus dies when she has a baby (Women’s Agenda)
Another billionaire believes he has some wise words about women, but this time they’re probably not going to be as productive as Warren Buffett’s. According to hedge fund billionaire Paul Tudor Jones, women find it difficult to be successful macro traders because breastfeeding their child kills their focus and, as a result, means we will “never see as many great women investors or traders as men. Period”. In a filmed panel session shared by The Washington Post, who obtained the footage through a Freedom of Information Act request, Jones’ comments came during an audience Q&A session at the University of Virginia McIntire School of Commerce last month.

Buy Japanese Shares, Says Hedge Fund Guru (CountingPips)
Hedge fund manager Hugh Hendry is back in the news with the release of his latest quarterly letter. Hendry made a name – and lots of money – for himself by making some high-profile, contrarian investment calls early in his career. Now Hendry, who manages the Eclectica Asset Management hedge fund, is feeling a lot more optimistic. Finally Hendry turned his attention to Japan’s economy. Back in 2008, he bought an option that would pay out if Japan’s Nikkei 225 index hit 40,000. Quite a big call given that the index hadn’t been anywhere near that level for almost two decades. Hendry’s optimism was guided by history.

Three at SAC hedge fund issued subpoenas (UPI.com)
Three executives at SAC Capital Advisors LP were issued subpoenas related to a U.S. insider trading investigation, The Wall Street Journal reported Thursday. Citing sources it did not name, the newspaper said SAC President Thomas Conheeney, Chief Compliance Officer Steven Kessler and head of trading Phillipp Villhauer were issued subpoenas, but none have been accused of wrongdoing. The executives work closely with billionaire Steven Cohen, who founded the hedge fund. Authorities are trying to secure evidence to charge Cohen before a five-year statute of limitations for securities fraud runs out, the report said.

Hedge Funds Bulk Up in Bond Trading (Businessweek)
As banks abandon debt trading, hedge funds that bet on bonds and loans are pulling in money from investors and hiring traders. Debt-focused hedge funds drew $41.4 billion from pension plans, wealthy individuals, and other investors in 2012, the most since 2007, according to data from Hedge Fund Research. They managed a total of $639.7 billion as of March 31, HFR data show, surpassing stock-trading hedge funds, with $638.7 billion.

Billionaire Andreas Halvorsen’s Top Stock Picks Include The Boeing Company (BA) (Insider Monkey)
We can also use 13Fs as a source of free investment ideas from top fund managers including billionaire and Tiger Cub Andreas Halvorsen of Viking Global. Viking Global bought over 12 million shares of The Boeing Company (NYSE:BA) between January and March after not having owned any shares of the aircraft manufacturer in its previous filing. 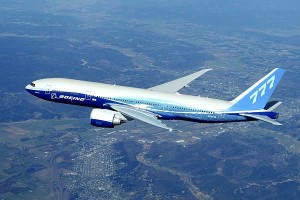 The Boeing Company (NYSE:BA) seems to have gotten over problems with its new Dreamliner aircraft, and its stock has actually outpaced the S&P 500 over the last year.

London Hedge Funds Targeted By Anti-G8 Protesters (FINalternatives)
In an echo of 2011’s Occupy Wall Street protests, anti-G8 activists are targeting the London offices of 17 hedge funds. Stop G8 is circulating an “action map” of the “hiding places of power in the West End” of Britain’s capital for a June 11 protest, one week before the G8 summit in Northern Ireland. Among the firms on the map are BlueBay Asset Management, Brevan Howard Asset Management, Horseman Capital, Lansdowne Partners, Man Group, Millennium Global Management, Odey Asset Management and Paulson & Co. The map also features…

…banks and private equity firms, as well as companies involved in arms, energy, mining, media and security. Also identified are several “dens of the rich,” including nightclubs, shops and restaurants.

Beware of that hedge fund in the window (Fortune)
Hedge funds soon will be allowed to advertise their wares to potential clients, thanks to a provision in last year’s JOBS Act (which had no direct relation to actual jobs). As will private equity funds, venture capital funds and other alternative investment vehicles that heretofore were prohibited from general solicitation. Former SEC Commissioner Mary Shapiro opposed the change, so she basically sat on it (apparently believing her personal opinion trumped the directive of federal legislation). New SEC Commissioner Mary Jo White has suggested that she’ll move this and other JOBS Act provisions along shortly.

Ex-hedge fund manager enters guilty plea in fraud case (Charlotte Observer)
A former Charlotte hedge fund manager pleaded guilty to securities fraud in federal court on Thursday and was released on a $50,000 unsecured bond until sentencing. Stephen Maiden, 40, reached a plea agreement in February with the U.S. Attorney’s office for a scheme in which he allegedly hid investment losses from his victims that totaled at least $8.9 million. U.S. Magistrate Judge David Keesler called the alleged losses “shocking” before doubling the prosecutor’s bond recommendation and requiring Maiden to turn in his passport.

Boston-Power founder Christina Lampe-Onnerud joins hedge fund firm Bridgewater Associates (Boston.com)
One of Boston’s highest-profile energy entrepreneurs, Christina Lampe-Onnerud, is moving to Connecticut to join one of the world’s biggest hedge fund managers, Bridgewater Associates. Lampe-Onnerud is a former Arthur D. Little scientist who in 2004 founded Boston-Power, a maker of lithium ion batteries for laptops and electric vehicles. The company attracted customers like Hewlett-Packard Company (NYSE:HPQ) and Saab. But Lampe-Onnerud dialed down her involvement with the company in 2012, after it raised a big new funding round and shifted much of its operations to China.

BofA Hires Caliendo to Run Americas Equity Hedge Fund Services (Bloomberg)
Bank of America Corp (NYSE:BAC) hired Tracy Caliendo as head of the Americas equity hedge fund services at its investment-banking unit, according to an internal memo. Caliendo, who joins BofA Merrill Lynch in September, will be responsible for the firm’s relationship with hedge funds, with an emphasis on electronic trading, according to an internal memo obtained by Bloomberg News and confirmed by BofA’s spokeswoman. She will report to Scott Bacigalupo, Americas head of cash equity sales and trading, and Jason Crosby, global head of portfolio products distribution and head of Americas electronic distribution.