Asian hedge fund seeders find growth in crisis (Investmenteurope)
The head of a joint venture between Samena Capital and Reyl & Cie says the global crisis was tough, but produced good hedge seeding opportunities in Asia. Hedge funds had a bad year in 2008, falling 20%, but for allocators and seeders in Asia it was unexpectedly beneficial in at least one sense. Some of the world’s largest hedge funds in America cut loose Asian experts managing local assets for them. Thus, an allocator did not need relationships with the likes of Citadel, Highbridge Capital or DW Zwirn to access the best managers in Asia. 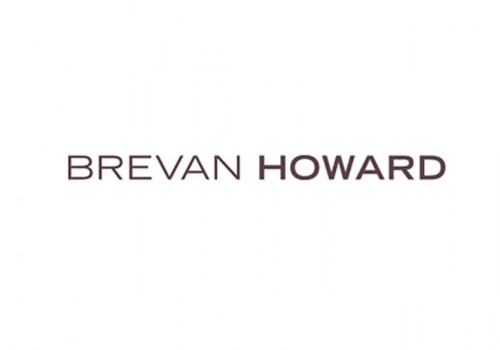 The Hedge Fund Association Expands Presence in China in Nod to Region’s Growing Importance to Alternative Investments Industry (Marketwatch)
In its continuing effort to support the global hedge fund industry through education and advocacy, the Hedge Fund Association (the HFA) today announced that Adam J. Steinberg, a financial communications consultant in Beijing, has been tapped to serve as the new director of the HFA’s China chapter. Fluent in Mandarin Chinese, Steinberg advises companies on communications issues that affect reputation and market valuation. He has more than eight years of experience in mainland China and most recently, worked at Hill+Knowlton Strategies in Beijing where he counseled Nasdaq-listed Chinese company Tudou Holdings, among many others. He holds an MBA from CKGSB in Beijing; CKGSB’s alumni in China include Alibaba’s Jack Ma and Mengniu’s Niu Gensheng.

Neuberger Berman Introduces Absolute Return Multi-Manager Fund (Marketwatch)
Neuberger Berman Group LLC, one of the world’s leading employee-owned money managers, announced today the launch of Neuberger Berman Absolute Return Multi-Manager Fund (tickers:NABAX)(tickers:NABCX)(tickers:and NABIX) (the “Fund”). The Fund seeks capital appreciation with an emphasis on absolute returns by allocating its assets to multiple hedge fund advisers that employ distinct alternative investment strategies. The Fund is the first such fund from an asset manager with the size and operational infrastructure of Neuberger Berman. The Fund is managed by members of the Neuberger Berman Fund of Hedge Funds (FoHF) team and is the first time this team’s expertise is offered in a mutual fund. Unlike traditional hedge funds, the Fund provides daily liquidity, lower investment minimums ($1,000 for Class A and C shares), will deliver 1099s to shareholders, offers full transparency of portfolio holdings and does not have a performance based management fee.

Hedge Fund Charity Group Funding African Education (Hedgefund)
London-based organization Absolute Return for Kids has helped open two schools in the African country of Uganda. The Financial News reported that the charity, also known as ARK, has worked with the non-profit group Promoting Equality in African Schools and the Ugandan government to launch the first pair of what will eventually be ten schools in that nation.

Hedges’ Assets: $5 Trillion (WSJ)
The hedge-fund industry may more than double in size during the next five years, to more than $5 trillion in assets, as private fund firms broaden their offerings to compete with traditional money managers, according to a recent Citigroup Inc. survey. The poll of investors, consultants and money managers predicted that hedge funds could lure $2 trillion in new money to investment vehicles long associated with mutual-fund companies and other institutional managers, including “long-only” funds that buy and hold stocks.

Goldman Sachs Brings Back Mark Schwartz as Chairman for Asia (Sfgate)
Goldman Sachs Group Inc. brought back Mark Schwartz to run its Asian business from Beijing, after an 11-year hiatus during which he ran George Soros’s hedge-fund group and started an investment firm with Raj Rajaratnam. Schwartz, 57, will also be vice chairman of the firm, New York-based Goldman Sachs said in a statement today. He fills a role left by J. Michael Evans, who served as chairman of the region since 2004 and is now based in New York as vice chairman and global head of growth markets.

With NY insider trial nearing end, daughter testifies for ex-Goldman board member (Therepublic)
With their client opting not to testify, lawyers for a former Goldman Sachs board member called his adult daughter and other supporters to vouch for his character Monday at his Manhattan insider trading trial. The eldest child of Rajat Gupta was on the witness stand only a few minutes before the trial ended for the day. Geetanjali Gupta, 33, was to resume testifying Tuesday as one of the last witnesses in the closely watched white-collar case. Closing arguments are set for Wednesday.

Citadel, CQS Hire Asia Managers As Small Hedge Funds Buckle (Bloomberg)
Citadel LLC and CQS (U.K.) LLP are among global hedge funds providing refuge to managers in Asia as smaller firms struggle to raise money. Agus Tandiono returned to Citadel, the $13 billion firm run by Kenneth Griffin, in January following the closure of a fund he managed, said a person with knowledge of the move. Sanjiv Bhatia joined CQS, which oversees $11.6 billion, after winding down his Hong Kong-based fund in December.

Dodd-Frank’s Liquidation Plan Is Worse Than Bankruptcy (Bloomberg)
Some of the key provisions of the Dodd-Frank Act of 2010, advertised as crucial to preventing a new financial crisis, won’t live up to the claims of its sponsors. We have a nice example of this in the plan that the Federal Deposit Insurance Corp. revealed last month for how it expects to deal with troubled financial institutions under the Orderly Liquidation Authority outlined in the new law.

Guiding Gifted Students (WSJ)
For gifted kids to thrive, they need to be among similar peers and have unlimited academic challenges. This is Kelly Posner Gerstenhaber’s philosophy, and one that she helped to develop in the founding of the Speyer Legacy School, a kindergarten through eighth grade school for gifted students located on Manhattan’s Upper West Side. In short, she says there should be “no ceiling” to educational opportunities. …Dr. Posner and her husband, David Gerstenhaber, president of Argonaut Capital Management, a hedge fund, have been supporters of the school since its founding in 2009, and will give another gift of $250,000 at the school’s annual gala, which will be held in New York on June 13.

Weavering investor unconvinced by liquidation process; trial against Ernst & Young expected soon (Opalesque)
For investors in the failed Weavering hedge fund, the recent outcome of the civil case in the UK does not guarantee they will have much of their money back. Indeed, the liquidation process is still going on – and according to an investor, this lengthy process is letting the liquidators profit from significant fees, while leaving investors uncertain as to whether they will recover much at all. According to an investor in the Weavering Macro Fixed Income Fund Ltd, who does not want to be named, the litigation against Magnus Petersen, the founder of Weavering, is the tip of the iceberg.

Book Review: Stories Of Tax Evasion And Hedge Fund Fraud By An IRS Insider (Hedgeco)
Tax evasion and fraud do not discriminate and can be perpetrated by anyone – from middle-class Americans to high profile celebrities starting with Al Capone, Willie Nelson, and continuing more recently with Wesley Snipes. Bruce Bronstein is making a name for himself as a storyteller in his four novels that tell riveting accounts of tax evasion and fraud and what it takes to go after the perpetrators. His lengthy career with the IRS, handling some of the country’s most complex and controversial cases, provides the backdrop for Bronstein’s stories.

Samena Capital Taps Tycoon Shareholders for Investment Ideas (Institutionalinvestor)
WHEN 46 SHAREHOLDERS OF SAMENA CAPITAL gathered in Istanbul for an April meeting, they attracted so much attention that two senior Turkish government officials and several international dignitaries gave presentations. The audience was equally illustrious. It included Atul Punj, founder and chairman of Punj Lloyd Group, one of India’s largest construction and engineering firms; V-Nee Yeh, co-founder and honorary chairman of Value Partners Group, which ranks among Asia’s biggest asset managers; and Samir Fancy, founder and chairman of Renaissance Services SAOG, Oman’s premier oil and gas services company. All of them are shareholders and limited partners in Samena, which keeps offices in Hong Kong, London and Bahrain, and has amassed some $670 million in capital since it launched in 2008. The firm runs three main business lines: special-situations investing, credit–fixed income and hedge fund seeding.