Bill Ackman Is Moving His Office To Hell’s Kitchen (CNBC)
It’s official: Hedge fund titan Bill Ackman is moving Pershing Square Capital to a new neighborhood. His firm next year will take up residence in a West Side building, part of an area of Manhattan that’s being transformed into an office and restaurant hub. The new digs will put Ackman in a 67,000-square-foot space at 787 11th Ave., between 54th and 55th streets. The move has been expected for a while, but the lease finalization was announced Wednesday by the Georgetown Company, which has secured a $349.5 million construction loan and is partnering with Ackman on the deal. Pershing’s relocation likely will be complete by late 2017. 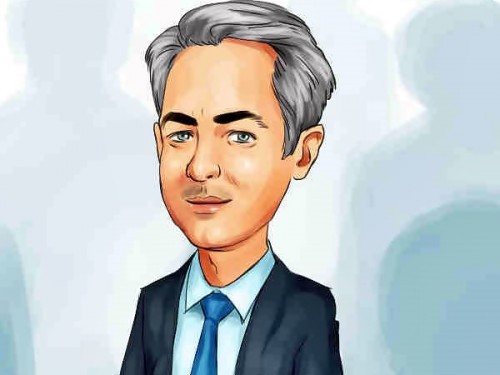 Deerfield Hedge Fund Said To Get Subpoena Over Ties To D.C. Firm (Bloomberg)
Deerfield Management, a $7 billion firm that invests in health-care companies, has received a subpoena from U.S. authorities over its relationship with the founder of a Washington political-intelligence company, according to a person with direct knowledge of the matter. Deerfield told investors in an Oct. 27 letter that the government’s request relates to its dealings with David Blaszczak, the founder of Precipio Health Strategies, said the person who asked not to be named because the New York-based firm is private. Deerfield buys shares of health-care companies and also makes private equity investments, according to its website.

Hedge Fund Elliott Management Names Its Biggest Worry: Inflation (CNBC)
In a new letter to investors, executives of the hedge fund Elliott Management warned that rapid inflation is their biggest concern in the current environment, adding that such a spike would not only collapse bond prices, but potentially lead to a stock market crash. “This may seem like a strange thing to worry about under the current circumstances, but the tide toward inflation could turn rather abruptly,” wrote the money managers in their third-quarter letter, dated Oct. 28. “If inflation starts accelerating to an annual rate of high single digits or greater, it will be quite difficult for the mix of strategies that Elliott favors to ‘keep up.'”